I am fundamentally a conservative. Some of my proudest moments have been when battling to protect Britain’s ancient constitution and glorious institutions. Whether leading the No2AV charge, hosting a royal wedding garden party, or lobbying against an elected House of Lords – I have done so with genuine sincerity. But protecting our past should only be done to protect our current and future liberties. For any true conservative, pragmatism rules the day. If an institution begins to act parasitically, refuses to reform, and proceeds to inject poison into the body politic then amputation can be necessary.

We have come to this stage with the Church of England. Quite frankly, it has become gangrenous and needs removing.

The current legislation passing through the House of Commons regarding same-sex marriage has the potential to be the biggest step forward for the LGBTQ community since the Civil Partnership Act of 2004. But in a souring of events last Tuesday Maria Miller, the Culture Secretary, announced that the Churches of England and Wales will be legally banned from offering same-sex marriages. While this latest amendment is a disappointment for all those supporting the original bill, thankfully the essence of the proposal has stayed the same and it remains a bill to be proud of.

However, the reason behind this decision is a sickening disgrace and an abhorrent affront to British democracy. Arguing that the two churches had ‘explicitly’ stated opposition to the proposals, the government revealed that it is willing to bow to the pressure of a homophobic and sexist institution under the auspices of religious freedom.

Denouncing the Church as homophobic and sexist may seem hyperbolic, but its actions in recent weeks can be described in no other way. The General Synod’s decision to deny women the opportunity to become bishops defies belief, and its opposition to gay marriage further compounds an image of intolerance. In a recent YouGov poll, 55% of the public agreed that women should be allowed to become bishops – with only 12% disagreeing –, while in a separate poll the same number of Brits came out in support of gay marriage. With the 2011 census indicating that the number of Christians in the UK is down 13%, there are clear signs that the Church is out of touch and in decline. The Church has been given ample opportunity to reform and it has rejected every chance. As such, it is time for it to go.

To be clear, I am not advocating the abolishment of the Anglican Church in England and Wales. Instead, I am calling for its disestablishment. I whole-heartedly support the Church’s right to practise its religion, no matter how intolerant, but I refuse to allow it to impose its prejudices on others and enshrine inequality in law without a democratic mandate.

Certainly, the church does a lot of good for the UK. Many people find huge amounts of comfort in its teachings. If it hadn’t been for the summer fête at St Michael’s Church in Framlingham, I would not have met my childhood hero Lizo Mzimba from Newsround. But the ability to muster minor CBBC celebrities does not justify the constitutional privileges that the church currently enjoys.

The government also has much to answer for, regarding their lack of backbone and their hodgepodge proposals. Why, for instance, are these bans on same-sex marriage to be nation-wide? A more sensible approach would have been to operate an ‘opt-in’ system, on a parish by parish basis. But crucially, such a ban should not have been introduced in the first place. An amendment to the Equality Act protects priests from legal suits for refusing to conduct same-sex marriages, and this is adequate protection for religious freedom.

But putting the relative merits and flaws of the proposed legislation on one side, I would appeal to Nick Clegg that the next time he launches an ill-conceived campaign of constitutional reform he should be bolder and braver by demanding a secular state, rather than proposing irrelevant and superfluous changes. Britain, with its monarchy and the House of Lords, can hardly be described as the epitome of equality. But, nevertheless, we must remember that some of our greatest monarchs have been female and others have been gay. As such, until Lambeth Palace is willing to house a lesbian Archbishop of Canterbury then the state must be unwilling to house Lambeth Palace. 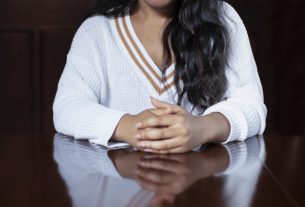 Portraits of BAME alumni go up in college halls

Oxford’s gender gap one of widest in the country