JCRs across the University have written to an Oxford MP expressing dismay at her intention to oppose the government’s proposed gay marriage legislation.

The JCR Presidents have written a draft letter to express their shock at the intentions of Nicola Blackwood, whose constituency contains nine colleges. The letters also attempt to cast her views as those of a minority, especially among the student population.

So far the letter has been signed by the JCR Presidents at St Anne’s, Queen’s, Exeter, St Peter’s, Wadham and Somerville.

The letter states: “We are appalled to hear of your intention to oppose legislation on equal marriage and believe it inadequately represents your constituency considering its high student population.”

They continue by asking the MP “to realise that there is a silent majority out there, in your constituency, that haven’t contacted you yet”.

Nicola Blackwood, whose constituency, is home to nine Oxford colleges, has expressed her opposition to same-sex marriage in letters to constituents, saying: “I am not an enthusiast for this change and it is clear that this is a view shared by the majority of my constituents who have contacted me so far.”

Of those colleges whose JCR President signed the letter, only Somerville lies in the Oxford West constituency. But the Presidents emphasise that “while not all of our colleges lie in your constituency, nine do, and all have students living in the boroughs of Jericho and Summertown”.

Somerville JCR President Marsha Sudar said: “Somerville prides itself on being an open, forward thinking and liberal college where students have the freedom to express themselves in a supportive and caring environment.”

The JCRs are also preparing a petition to attach to the letter, which can be signed via email or by liking a post on Facebook. They hope to pressure the MP to change her position on this issue by highlighting the opposition of the student body to her views.

The post received 80 likes in its first three hours.

It transpired Ms Blackwood is against the introduction of same-sex marriage after she said so in letters to constituents who wrote to her on the issue. She summarised her opposition to the proposals, saying: “I do not believe in legislation for the sake of it or where it will produce unintended consequences.”

She cited one of these “unintended consequences” as being the risk of human rights challenges to religious organisations who choose not to marry same-sex couples. Critics fear that any law will open the door to prosecution on the grounds of ‘discrimination’. But supporters insist that the proposed legislation contains a ‘quadruple-lock’ to prevent legal challenges of this type, including amending the Equality Act 2010 to ensure religious organisations cannot be prosecuted for refusing to marry same-sex couples.

Ms Blackwood seems to have since softened her opposition, saying: “From the beginning my concern with the Government’s proposals has not related to the definition of marriage, but rather its potential to expose churches or individuals to litigation. The Government is clearly concerned about this too, as can be seen by its stated intention to implement the so-called ‘quadruple lock’, and I shall be carefully following the proposals as they develop.”

But she also stated her belief that “the proposed changes will confer no further legal gains than those conferred by civil partnerships”.

Matthew Robinson, Somerville LGBTQ Rep, said in a letter to the MP that this was “a gross misunderstanding of what the LGBTQ community seek”.

“It is not solely acknowledgement that we desire, it is rather equality; something which cannot and will never be gained through the distinction between heterosexual and same-sex marriage.”

He added that the current arrangement “suggests that the love and relationships of heterosexual and same-sex partners are distinct and separate, when in reality they are one and the same”.

She won her seat in 2010 by just 176 votes, taking the seat from the Liberal Democrats. 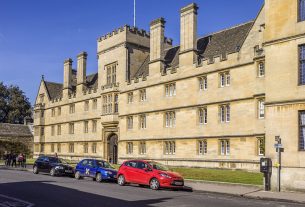