Andrew Smith, Labour MP for the Oxford East constituency, in which the majority of Oxford colleges reside, has expressed his openness to voting in favour of gay marriage in response to a Merton College appeal.

A letter signed by over 90 members of the Merton JCR was sent to Mr Smith on 21st December, advising him to utilise the ‘free vote’ on the issue promised by party leader Ed Miliband to support any equal marriage legislation.

The letter, drafted by Merton’s LGBTQ Rep Daniel Bregman, argued that “at present the division in law between marriage and civil partnerships undermines and prevents equality” and that proposed legislation would not “redefine” heterosexual unions, but rather signalled that “what we once thought could only happen between a man and a woman can just as well happen between any two adults, and that what we as a society value in that relationship is just as valuable regardless of gender”.

Having previously suggested that proposals for gay marriage may be unnecessary given the availability of civil partnerships, Smith responded to the Mertonians’ protests by conceding that he “fully under[stood] the force of the argument for equal marriage as a symbol of the the kind of society we would like to live in, where everyone can feel equally valued”.

Smith went on to highlight that whilst it was his view “that in all but name Britain already has gay marriage through civil partnership, which confers the same rights and responsibilities”, he didn’t “see any strong case for denying the opportunity to call this a marriage”.

Although stopping short of committing to a ‘yes’ vote, Smith pledged to continue to contemplate the matter and consider his constituents’ views: “I cannot of course guarantee that my judgement of what is right will correspond with your own, but I assure you I am thinking, and will continue to think about it carefully.”

Moreover, Smith expressed the need for clarity in the detail of the coalition government’s policy, especially pertaining to the obligations that would be placed on religious establishments, claiming that he was “very uneasy about constraining the conscience and judgement of religious groups on this issue by legislation”.

Bregman, Merton’s LGBTQ Rep, was enthusiastic about Smith’s response, describing the reply as “well thought-out”, and remained optimistic that he and the rest of the signatories could play a role in convincing the MP:  “His answer showed that he has the right priorities, and that the only place we might diverge opinion is on whether the proposed legislation properly protects religious freedom of conscience; I’m confident that it does, and optimistic that Andrew Smith is in agreement.” 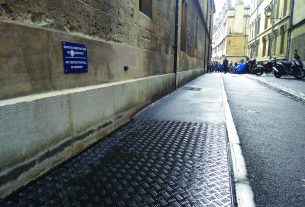