An Oxford University team has successfully restored the sight of totally blind mice, in a series of findings that could have major ramifications for attempts to enhance the vision of humans with serious sight deficiencies.

Professor Robert MacLaren, of the Nuffield Department of Ophthalmology and Merton College, claimed that the team’s findings “show that a final hurdle for developing stem cell treatments in blind patients can be overcome”.

The researchers used mice devoid of light-sensing photoreceptor cells in their retinas, which were unable to distinguish between light and dark. Two weeks after injecting “precursor cells”, retinas had formed in the eyes of the mice, according to findings presented in the Proceedings of National Academy of Sciences journal.

Whilst past studies have achieved similar results with mice that had a partially degenerated retina, Professor MacLaren said that his team’s experiments were like “restoring a whole computer screen rather than repairing individual pixels”.

Mice were observed to see if their pupils constricted when faced with light and if they fled bright areas, whilst brain scans monitored them to see if visual information was being processed.

Professor Pete Coffee, of University College London’s Institute of Ophthalmology, whilst praising the findings, also expressed the need for caution.

He highlighted that the Oxford team’s measures were insufficient to fully assess how good the recovered vision was. He said: “Can they tell the difference between a nasty animal and something to eat?”

MacLaren was nonetheless enthusiastic about the potential for the findings to translate into benefits for humans as well as mice. He said: “The ability to reconstruct the entire light-sensitive layer, rather than replace individual cells has the most likelihood of restoring meaningful vision.”

He also praised Mandeep Singh, who is in his final year of DPhil studies at Merton College for being responsible for the majority of the “ground-breaking work”, which he suggested was a “remarkable achievement for a graduate student”.

Mandeep Singh commented “now that we’ve found that it is indeed possible to bring vision back in blind mice, I hope that in the future this work will deliver meaningful results for patients.”

“Equality and diversity are not academic values” 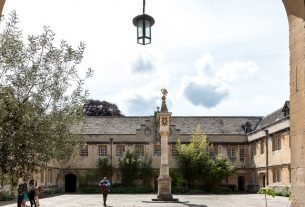