The policy documents from Oxford City Council also made reference to part of Jesus College’s sports ground, which the College had assessed for student accommodation.

The documents outlined proposals for developing a strip of land adjacent to the Lincoln pitches in Cowley.

Jesus College have said that they had “no plans” to develop the land, and were ensuring the land continued to be assessed.

A significant factor in the Council rejecting the proposals appears to have been “concerns raised by local residents regarding the anti-social behaviour of students in residential streets”.

A statement released by the East Oxford Residents’ Association commented: “We question the need for Oxford University to identify new sites for development for student housing. If the need is so pressing why then has Oxford University disposed of numerous existing units thereby reducing the total number of student units to below the level in 2005…”

Concerns about the proposals were also raised within the Jesus JCR. Kartik Joshi, the Jesus JCR Sports Rep, said: “The Jesus undergraduate student body is against these proposals and the JCR committee has been fighting to keep our college grounds.

“Last year there was a plan to convert the rugby pitch into a second football pitch which would then have been rented out by the College. This was met by very strong opposition from the student body and the rugby team. This plan was eventually postponed by the College after a lengthy discussion with the previous sports rep.”

Instead of student housing, planning permission was instead to be granted for residential development. Jesus College made it clear that they had no intention of taking this offer up.

An official statement released by Jesus College stated: “The College has no plans to develop its sports ground. The Council document refers to sites where they would in principle allow development, but the College does not intend to make any changes to its sports ground and adjacent land.”

A representative from the College went on to explain that the policy was solely a means of “ensuring that the site continued to be zoned [assessed on its suitability for development]” and that it “has been zoned for some time”.

They added that there were no plans for residential development on the site, and that the college currently had no need for further student accommodation.

Tuition fees will increase for Oxford students in 2017

The bedroom tax is unworkable, anachronistic and disgusting 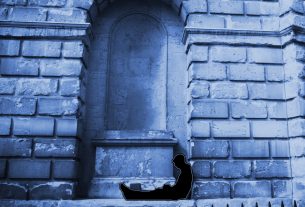