In 2013, the Sun will be reaching the peak of its 11-year solar flare cycle. According to scientists at NASA, this peak will be the quietest observed in more than a hundred years as sunspot numbers are low and radio waves that are known to indicate high solar activity have been very subdued. Despite the sun seeming quiet, scientists still have a vested interest in monitoring it. A rogue flare could cause power outages or knock out communications satellites, as has happened many times before.

Over half of the Oxford academics recognised in the Queen’s New Year’s Honours list were leading scientists at the University of Oxford. Professor Carol Robinson, a renowned chemist, was made a DBE for her services to science and industry. Professor David M Clark, a Professor of Experimental Psychology, was awarded a CBE for services to mental health, and Professor Raymond Dwek, Director of the Glycobiology Institute, was also awarded a CBE for his services to UK-Israel scientific collaboration.

The start of 2012 saw hosepipe bans across most of the UK as Britain addressed water supply concerns after recent periods of drought. However, the second half of the year told a different story. Last year was the second wettest on record in the UK, according to data from the Met Office. The widespread flooding that resulted affected many, including farmers, commuters, homeowners and rowers. Scientists are predicting that such episodes of extreme rainfall in the UK may be increasing with four of the top five wettest years having occurred since 2000. 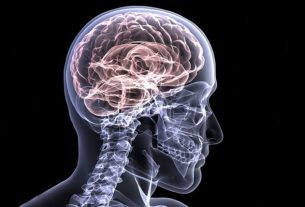 Has the cause of Alzheimer’s Disease finally been found?

Water in the Earth’s interior: evidence found inside diamond