A recent study conducted at the National Institute of Health in the US has provided supporting evidence for the existence of an “intermediate phenotype” of schizophrenia. A phenotype is the visible and measureable presentation of an individual’s particular genotype, their genetic code. For example, an individual who has brown hair and blue eyes (their phenotype) will have these characteristics coded for in their DNA (their genotype).

The current study, which measured blood oxygenation levels during a cognitive control task, reported that the brain activity of unaffected siblings of schizophrenia patients was similar to that of the affected sibling. Schizophrenia is known to have a genetic component; therefore, siblings of those affected by schizophrenia are at higher risk of developing the disorder than the general population. The current study analyzed brain activity in response to a cognitive task, where participants were required to press a button as quickly as possible in response to images appearing on a screen. Through functional magnetic resonance imaging, where the level of blood oxygenation is used as proxy for brain activity, the researchers found that schizophrenia subjects and their healthy siblings exhibited similar levels of brain activity, specifically in the anterior cingulate cortex and the prefrontal cortex, brain areas important for attention. This was noticed as decreased accuracy when faced with dissimilar objects during the task (response inhibition), as well as decreased activity in the anterior cingulate cortex and increased connectivity with the prefrontal cortex, compared to control subjects. The authors interpret this as showing that siblings of schizophrenia patients, who already have a genetic liability towards schizophrenia yet show no symptoms, exhibit brain responses similar to that seen in the disease; as such, they may represent a new phenotypic category. This finding presents new opportunities for studying the development of the underlying biological basis of schizophrenia.

Sambataro et al’s paper was published online on the Neuropsychopharmacology website on January 9, 2013, and is available at: http://www.nature.com/npp/journal/vaop/ncurrent/full/npp2012250a.html.

Can Apple have their cake and eat it too? 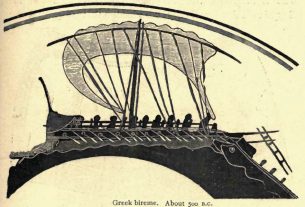