If you ever think that someone seems born to be a leader then you might just be right. New research has uncovered a gene that genetically predisposes those who possess it to take charge in group situations. The study of 4,000 people, carried out by researchers at UCL, found the rs4950 DNA sequence prominent among individuals occupying supervisory roles in the workplace. The gene alone is not enough to create leaders, certain skills need to be learned in addition, but it may provide that extra edge to turn someone into a manager over others without it.

A digital take on mannequins

Fashion meets technology as a new craze hits clothing stores in Japan. Shops have introduced a special hanger system that displays pictures of a model wearing the item on the hanger. The hangers contain a simple on-off switch depending on whether the item is hanging or is picked up. Each hanger has a unique ID tied to a computer in store which triggers a photo or video of a model wearing the item on the hanger on a large LED screen. The move comes in a bid to re-attract shoppers to the high-street after a recent take-off in online shopping sales. It can also have applications for logging the popularity of an item and deducing effective locations in store.

Check your texts in the blink of an eye

Over the years, LCD (liquid crystal display) technologies have been used to make television displays bigger and bigger. Now, at the Centre for Microsystems Technology at Ghent University in Belgium, researchers are going to the other extreme by developing a contact lens shaped display that can modulate transmitted light using LCD technology. At the moment, image and colour changes in the display are only visible to bystanders so its uses are mainly cosmetic. However, research is currently underway to solve the problem of short-range focusing which, if successful, would mean the wearers themselves could see projected text and images. Developers hope to launch a commercial product within 5 years. 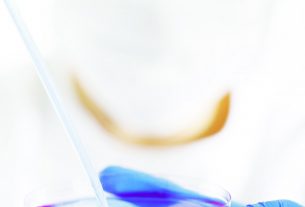 Lab-grown meat: a future of food without slaughter