Oxford males have the second greatest girth in Britain, recent research has revealed.

According to a survey of 20,000 men conducted by condom manufacturers TheyFit, Oxonian males are second only to Bristolians in the size of their penis circumference.

While Oxford’s lads are only the ninth longest in the country they will be relieved to discover that the Tabs are nowhere to be seen.

Raph Torrance, a second-year French and Italian student at Lincoln, said: “This proves that Oxonians have the whole package, so to speak; we’ve got it down there as well as up here.”

Torrance, who writes a regular food column for The Oxford Student, added: “The Gourmand always enjoys a nice sausage.”

However an anonymous second-year was less than enthusiastic. “All this talk of penises makes me sick,” he said. “Penis size comes up far too often, and I reckon for variety they should do a vaginal volume survey just to even things out.”

The survey suggests that the national average erect penis length is 5.1 inches, with over half the sample (53 per cent) measuring between five and six inches. The North West is the region sporting the longest phalluses while Stoke-on-Trent can boast a member measuring 9.5 inches.

But it’s bad news for Devonians with West Country penises coming up shortest in a survey covering England, Scotland and Wales.

TheyFit founder Joe Nelson believes his company’s data is truthful. “Our anonymised data represents the most accurate survey of penis sizes ever collected,” he said. “Previous studies have relied on self-reported measurements from men, leading to an issue of ‘size exaggeration’.

“But men buying our condoms are much less likely to do this – it’s all about getting a custom fit.”

The findings have been released to coincide with National Condom Day. Held annually on Valentine’s Day (14th February), the event promotes the use of contraception and safe sex. 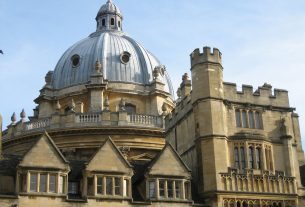