Last night, OUSU were debating whether to submit a motion advocating a boycott of the state of Israel to the NUS Conference this April.

The ‘Boycott, Divestment, and Sanctions (BDS)’ motion would be debated by delegates from universities across the UK, were it to be submitted by OUSU.

The motion resolves the Conference to “join the global movement for Boycott, Divestment, and Sanctions (BDS) against Israel until it ends the occupation and complies with international law”.

In justifying this move, the motion states: “All forms of international intervention and peace-making have until now failed to convince or force Israel to comply with humanitarian law, to respect fundamental human rights and to end its occupation and oppression of the people of Palestine.

According to the BDS website, the movement calls for the boycott of Israeli goods, and says: “Israeli cultural and academic institutions directly contribute to maintaining, defending or whitewashing the oppression of Palestinians.”

An amendment to the motion was due to be proposed by Keble JCR President James Newton to delay voting on the motion until the subsequent OUSU meeting to allow their JCR time to debate the issue.

The deadline for the submission of motions to the NUS Conference agenda is Friday 1st March. If such an amendment were accepted, the motion would be debated by OUSU on Wednesday 27th February.

The result of the OUSU motion had not been released as The Oxford Student went to print, but were it to be passed, it would introduce the BDS motion onto the NUS Conference agenda, which is due to take place between the 8th and 10th April.

Emily Cousens, the proposer of the motion to OUSU, said: “My motivation comes from the mood in NUS at the moment. Last conference passed a ‘Freedom for Palestine’ motion and this is the logical progression from that.”

She added: “My personal response to the ongoing Israel-Palestine conflict is that action must be taken to prevent the killing of innocent civilians in both Israel and Palestine and an illegal occupation that violates the human rights of thousands must be ended.”

The motion, however, has sparked opposition from some Oxford students. Ben Goldstein, a Jewish student at Lincoln, said: “The problem with the international BDS movement (as it is currently constructed) is that it threatens and alienates Israelis who would otherwise be supportive of peace moves by contributing to a feeling of isolation; it implies that ‘pro-Palestinians’ simply hate Israel.”

He also expressed concern over the BDS movement’s plans to boycott Israeli academic institutions: “It is a bad idea for OUSU to align itself with an organisation that wishes to limit academic freedom based on which country those academics come from, based on the assumption that academics must support government policy.”

Joseph Price, a student at St John’s, said: “I strongly believe that OUSU should not be political, rather a body to promote the interests of the students of Oxford and help promote their welfare; targets that will not be aided by this motion.”

A motion has been submitted for the Keble JCR Meeting this coming Sunday in opposition to the BDS motion. If the motion were to pass it would mandate the Keble representatives to vote against the OUSU motion.

The motion states: “This JCR believes it is morally objectionable for students to endorse an academic and cultural boycott of the institutions of any country.It is an assault on academic and intellectual freedom to demand a boycott on Israeli professors, books, articles, journals and student societies simply by virtue of their country of origin.”

Oxford should wave goodbye to Page Three with glee 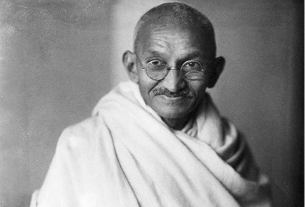