The Screw the Looking Glass production of Another Country earned the seal of approval from its playwright, Julian Mitchell, last night, almost certainly rendering my opinion worthless to cast and crew. However, to turn an old phrase, the show must be reviewed.  Another Country examines the quintessential English public school in the wake of the suicide of one of the boys, after he was caught in flagrante with another student.

The first impression the production gives is purely visual – the set is gorgeous, showing the nameless boarding school’s fourth year library. The back wall is ragged, like a blitzed house, revealing the ivy and blue sky beyond, but the interior is untouched, oozing with the kind of antiquated English ease and class that one imagines SCRs look like, or Scriptum after a vigorous de-cluttering. A Union flag lies draped across the top of a bookshelf, and a bust of Lenin lurks beside it, another hint at the political subtext. 1930s life is recreated with the precision of a period drama, and it’s beautiful work to behold.

While I would be content to have stared at the set for two hours, the production did me the favour of also presenting some shining performances. Jo Allan as Judd stole the show, his grounded, charismatic performance providing a central point for audience sympathies in a way that Peter Huhne’s wide-smiling, garrulous Bennett deftly, if accidentally, avoided. It was impossible to pin Huhne’s characterisation down to any one trait or moment, the constant insincerity of the character a counterpoint to Judd’s certainties. This approach shifts slowly, allowing Bennett to become slowly more sympathetic, but it’s harder to care about his inevitable fate (Bennett being based on Guy Burgess, the Cambridge spy) in the first half.

The rest of the cast turn in good performances, though sometimes they seem to blend together a little too well. Obviously one of the conflicts of the play is between individuality and conformity, but I found myself mixing up various prefects a little too much given the complexity of the politics between them. Tom Lambert is endearingly anxious as Wharton, playing a fourteen year old unnervingly convincingly, while Howard Coase is at his cosiest as the mild and unoffending Devenish. Tim Gibson as Barclay runs a full gamut of emotions, which sometimes feels a bit oversensitive when he plays opposite the perpetually angry Fowler (David Sheilds). James Methven rounds out the cast as Vaughan Cunningham, his high energy and highly suggestive performance helping the audience through the overly-long scene that he features in. Across the cast, lines are sometimes delivered too fast or too softly for an audience to catch, a clear problem when the script is so full of slang that the program carries a glossary.

The technical element of the production is expertly managed, with lovely lighting sequences opening and closing the scenes along with nicely timed music. The closing moments feature ‘I vow to thee my country’ sung by the offstage cast members in a moment of eerie calm that is oddly reminiscent of the opening of Jerusalem. Despite the focus on a Cambridge spy, Another Country has for a long time had connections to Oxford, in both the film and play versions; this production feels at home on the Playhouse stage. 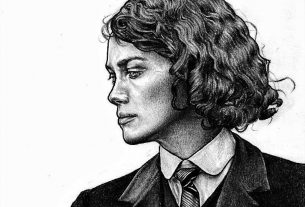