This version moves Sophocles’ Antigone from Ancient Greece to the 2011 London riots. Antigone, now ‘Anne’, is consumed by a desire to bury her disgraced brother, Polynices – now ‘Pol’.  The play is difficult to translate into the modern day.  For starters, the main issue of the play is that the king of Thebes, Creon, doesn’t want anyone to honour his son Polynices by burying him because he died a traitor attacking his own city.  This is shoehorned into a modern setting by turning Pol into a policeman who changed sides and fought with rioters against the establishment.  This works until we get to the burial issue; the audience can suspend its disbelief up to a point, and imagine that London is ruled by the tyrannical Creon, who just decided to make an example of Polynices and that his decree is law.

However, the image of a dead body being left on a pavement in Tottenham is pretty incongruous: Jimmy Savile stayed buried even though they took away his gravestone. Times have changed, and an adaptation can’t always fit the nuances of one society into another.  But, as with any adaptation, there is only so much to be gained by comparing it to the original.

The script is written by Royal Court Young Writer, Jingan Young, and is only an hour long.  The production company, Rough Hewn, wants to explore the relationships between the characters more than Sophocles or Young did, so they’re bulking it up with some devised scenes which I saw them improvising this weekend.  Imagining how Haemon, Antigone’s lover, would react to her effectively sentencing herself to death in order to defy her stepfather and bury her brother is difficult at the best of times, but without the established moral code of the time to dip into, the actors have to skirt around topics using our modern language of feelings.  I was shown only improvisation, and would have liked to have seen some of the scripted scenes, but time is tight: they are performing in 6th week.

A lot needs to be polished in two weeks, but there is clear talent within the company and imagination behind the chorus.  The Greek chorus become rioters in the modern version, but transform into reporters at one point and commuters at another.  I saw them rehearsing separately from the main characters, but can imagine their presence on stage would make the play retain an interesting classical element.  Having a group of seven constantly on stage reacting to the action, often in unison, seems tacky and clunky by modern standards, but it’s a challenge which good direction should rise to, and might add an unusual dynamic to otherwise intimate scenes.  This adaptation has had to lose some of the moral quandaries which were so engaging for Sophocles’ audience, but could equally become stronger as a production because of its new setting.  The riots are recognisable and controversial, and if this is drawn upon in the right way, the setting should add more than it takes away in terms of social questions.  The cast are competent and assured, and the direction meticulous.

Antigone shows clear promise, but, of the the finished product, I couldn’t tell you much more than that.

Antigone after Sophocles opens on the 20th of February (Wednesday of 6th Week) in the O’Reilly Theatre, Keble.  Tickets are available from £6. 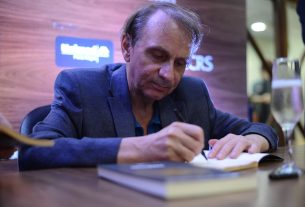 Ernie Cline, King of the Nerds: An interview with the bestselling author and screenwriter

Will LMH’s Gatsby deserve to be called Great?