The films of British ‘master of suspense’ Alfred Hitchcock are experiencing a revival of popularity, including the screening of a full retrospective at the BFI last year. Hitchcock has also been subject to biographical attentions, first in BBC/HBO collaboration The Girl (directed by Julian Jarrold and starring Toby Jones as Hitchcock), and now in Sacha Gervasi’s Hitchcock, with Anthony Hopkins in the titular role. Both films complicate Hitchcock’s reputation as the genius director behind thrillers including Vertigo and The Birds.

Hitchcock takes as its specific focus the source material and genesis of 1960’s Psycho, providing trivia which makes it a must for any fan of the suspense masterpiece. However, the film tells a rather reductionist struggle-to-success narrative, beginning with Paramount’s refusal to finance Psycho and ending with the film’s explosive opening night. Here Black Swan screenwriter John McLaughlin rights a previous wrong in accounts of Hitchcock’s life and work; perhaps for the first time his wife Alma Reville’s (Helen Mirren) vast creative input is recognised and celebrated. Although Imelda Staunton gave a characteristically well-crafted performance as Alma in Jarrold’s TV movie, Mirren is given a lot more to work with; the best-written scenes are those where Hitchcock and Alma bicker in domestic settings. We also see her lend her talent to projects other than Hitchcock’s, such as helping friend Whitfield Cook adapt his novel into a screenplay. This becomes part of an important theme in any look at the life of Hitchcock – sexual jealousy.

Of course, Alma’s relationship with Cook is just the tip of the iceberg. Hopkin’s Hitchcock has a Norman Bates style peep-hole which allows him to peek at actress Vera Miles (Jessica Biel). Thankfully, Hitchcock’s obsession with his female stars is far more subtle here than in The Girl. Instead of a heavy-handed character assassination, Gervasi’s film crafts a more disturbing look at his psyche, partly through scenes where Hitchcock conducts imaginary conversations with the real life inspiration for Norman Bates, Ed Gein (an unnerving Michael Wincott).

The film’s framing technique, however, is less successful. Hopkins irritatingly addresses the camera and the viewers beyond, as Hitchcock did in Psycho’s original trailer. Although this could have been a clever meta touch, it comes across as a rather cheesy gimmick serving only to fill the film’s sparse running time. The same is true of the unfathomable number of lingering close-ups on Hopkin’s falsely-jowled face. Both Jones and Hopkins have performed admirably in underwritten roles, receiving mediocre direction which results in shallow drama, a shame as there is clearly a wealth of worthwhile research behind The Girl and Hitchcock, which could have made for a strong documentary.

The casting of notable talents Jessica Biel and Scarlett Johansson in roles where they do little more than imitate the work of former stars Vera Miles and Janet Leigh also seems a waste, though Toni Collette is able to shine in a supporting role as Hitch’s sarcastic PA Peggy Robertson.

Jarrold and Gervasi have drawn attention to a wider problem with the biopic genre; the depiction of a person, especially when deceased, can be nothing more than an interpretive construction based on subjective accounts. Perhaps it is better to enjoy Hitchcock’s films purely for their own creative merits rather than engaging in an on-screen debate as to whether he was more monster or master. 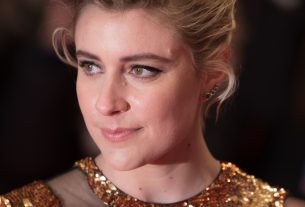 Whose Stories Have Value?