The Oxford Conservative Association (OCA) is in the process of seeking approval of the proctors which would allow them to place ‘University’ in their title.

OUCA was stripped of its ‘U’ in February 2012 after a lengthy investigation into the behaviour and organisation of its members.  The Senior Proctor’s decision was applied retrospectively, meaning the society has been officially disassociated since Michaelmas 2011, as a result of the “Association’s failure to reach the financial and administrative standards of a recognised student club.”

This was the second time in recent years that the University had cut its ties, with affiliation being withdrawn in 2009 after an incident involving racist jokes being told during hustings.

However OCA has been working to meet the standards outlined by the ‘Regulations and Standards’ of the Rules Committee. OCA President Adam Wozniak said: “Myself, the president-elect and our committee have been working extremely hard to remedy the administrative problems that resulted in the loss of the U in the first place.”

He continued: “The wide internal reforms that have been ongoing for the past year have been working towards a more transparent, competent and united society for all of the members, and we shall continue to strengthen these.

“I shall be liaising with the proctors over this issue, as nothing is concrete yet, but we hope to regain the U as soon as possible.

“We have followed the same procedure as every other University Society, including termly registration, presentation of consistent accounting and our term card.”

The University Clubs Committee confirmed that these processes had begun and would be ongoing throughout the rest of the term.

Whilst the loss of University affiliation has had little impact on the Association’s day to day running, it was seen as a significant embarrassment for the group. Wozniak said: “Whilst remaining OCA it has not affected our ability to host high profile cabinet speakers, lively socials and our active participation in regional campaigning. Though we are a society that has traditionally held an affiliation to Oxford and we would be proud to earnestly represent the University on a more official level, once more.”

One OCA member, who wished to remain anonymous was more bullish about the developments, saying: “For me this is a victory not so much for us Conservatives but for the University as a whole. After all, what is Oxford University without its Conservative Association? A hotbed for lefty pinko Guardian readers, that’s what.” 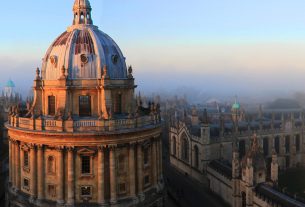