Many Northerners bemoan the dearth of good Indian eateries in Oxford, but this is a claim that’s certainly unfounded: one need only sally forth down Walton Street to find The Standard, an understated and perhaps undervalued establishment opposite the Phoenix Picturehouse.

Greeted by the place’s enthusiastic manager, Kawsar, we are shown to a cosy table for two in an otherwise near-empty dining room decked out with simple yet warm burgundies, a world away from the biting British cold. But by the time we’ve glanced at the menu and looked up again, the place has filled with couples and parties, passers-by attracted by its Eastern allure and regulars shaking hands, clearly loyal to the establishment’s food, atmosphere, and charming staff. Students, however, are few and far between, which is a terrible shame, as The Standard offers a refreshing alternative to the usual hackneyed haunts frequented time and time again by Oxonians and their visitors.

A round of traditional appetisers does its job exceptionally, leaving our appetites razor-sharp: poppadoms, accompanied by a trio of accoutrements which really display one of The Standard’s core tenets, which is authenticity. Everything is homemade, from the mango chutney with black sesame to the lime pickle, whose pleasant spice and exceptionally tangy bite could only have been made by a loving hand, to the gargantuan glasses of mango lassi, creamy and fruity enough to leave us wanting more.

Thankfully, our prayers were soon answered in the form of chicken pakoras, lightly seasoned and in a crisp, fluffy batter, as well as classic lamb samosas, served with a cooling raita sauce. Portions are generous and staff attentive, meaning that we never went unsatisfied.

The main course was perhaps the greatest testament to these claims. The table soon groaned under the smorgasbord of Indian dishes – both traditional and innovative – which were piled upon it. Highlights included a lamb tikka masala, proving that they can pull off the classics before going into more experimental territory; a brinjal bhaji, a tomatoey aubergine dish which provided a refreshing alternative to the meat; and a keema naan, bearing the hallmarks of homeliness, its tender fluffiness giving way to a generous layer of well-seasoned lamb.

In all this, however, there was one real star of the show: a dish of king prawns poached in a chilli, coconut and lime leaf sauce, one of two specials innovated by the staff. Kawsar tells me about his culinary ethos and how it is excellently manifested in this dish, which combines perfectly cooked king prawns with a sauce clearly influenced by the exotic citrus flavours ubiquitous in Thai and Malaysian cuisines. With all the food on the table, we still argue over the last few drops of ambrosial sauce before declaring ourselves well and truly full up.

Well, almost. Something often overlooked in Indian cuisine is the dessert course; yes, there are countless varieties of sweet, but often the main meal has been too rich to allow such honeyed nibbles their fair share of our stomach. Enter The Standard’s dessert menu, perhaps the most refreshingly innovative part of the fare: with offerings such as lightly spiced chai cheesecake, mango mousse, and a selection of ice cream flavours such as cinnamon, it breathes fresh life into a course all too often lost.

We opted for one of three flavours of kulfi (a type of Indian ice cream) – almond, which contained a multitude of marzipan and cardamom notes amidst a nutty, not overly sweet pyramid of ice cream, providing a perfectly light end to a meal of pure indulgence.

If you’re searching for an authentic taste of the East without having to jet off anywhere, The Standard is most certainly the place for you. At twenty-five-odd pounds per head (albeit for a solid three or four course banquet), it’s certainly not an everyday meal, but when the occasion calls for luxury, rest assured that you can sit down, relax, and be treated like a shah at The Standard. 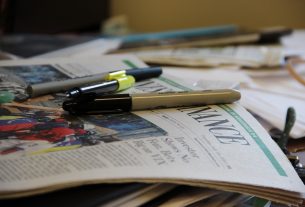 Caught between two worlds: Being at home vs being in Oxford