On a cold Sunday morning the mens hockey teams of University College and Magdalen gathered at Iffley Road Astro for the second cuppers semi-final, with Trinity triumphing over Worcester the previous day. The two teams had met in a league game only a week previously with Univ winning resoundingly. However the addition of several blues into the Magdalen line up, coupled with an availability crisis in the Univ ranks meant that this promised to be a much closer game.

This was immediately proven to be the case with the Univ back line coming under severe pressure from an impressive Magdalen attack marshaled by Duncan Graves. It was to be Univ however who went ahead after a rare counter attack. Good work from Garritsen following a short corner allowed Schofield to crash Univ into the lead from the edge of the D. Univ’s advantage was doubled shortly afterwards following another short corner.

Predictably Magdalen came back strongly and tensions on both sides became increasingly flared as they pushed hard for an equalizer. One of these Magdalen attacks resulted in the awarding of a penalty flick. Despite it being struck low and hard however Jolowicz in the Univ goal kept it out superbly, deflecting it around the post with his stick. While this galvanized the Univ ranks for a short while Magdalen went into the break level after an excellent strike on the half volley and a powerful hit from a short corner. Only more excellence from Jolowicz kept the score at parity.

The departure of Graves at half time gave Univ hope however and it was they who started the second half stronger. Schofield soon put Univ back into the lead, before Shorthose increased the deficit following a goalmouth scramble. Magdalen pushed forward, eager to continue their cuppers run but their extensive use of aerials was neutered by some excellent defensive work by Charlie Jarrett-Wilkins.

As Magdalen grew increasingly desperate they left large holes at the back which were fully exploited by Schofield and Shorthose, as Univ scored two more goals from swift counter attacks. With the score at 6-2 Magdalen’s belief ebbed away and Univ were able to see out the rest of the game comfortably. Former captain Schofield interviewed after the game was optimistic about Univ’s chances in the final saying ‘This year has seen a dramatic turn around in the fortunes of UCHC, I am looking forward to completing our cuppers glory’. However with Trinity boasting a strong team and currently in the Premier League of college hockey, Univ will have to play well once again to have any chance of making good those words.

Watch Out Oxford…The Eagle Has Landed 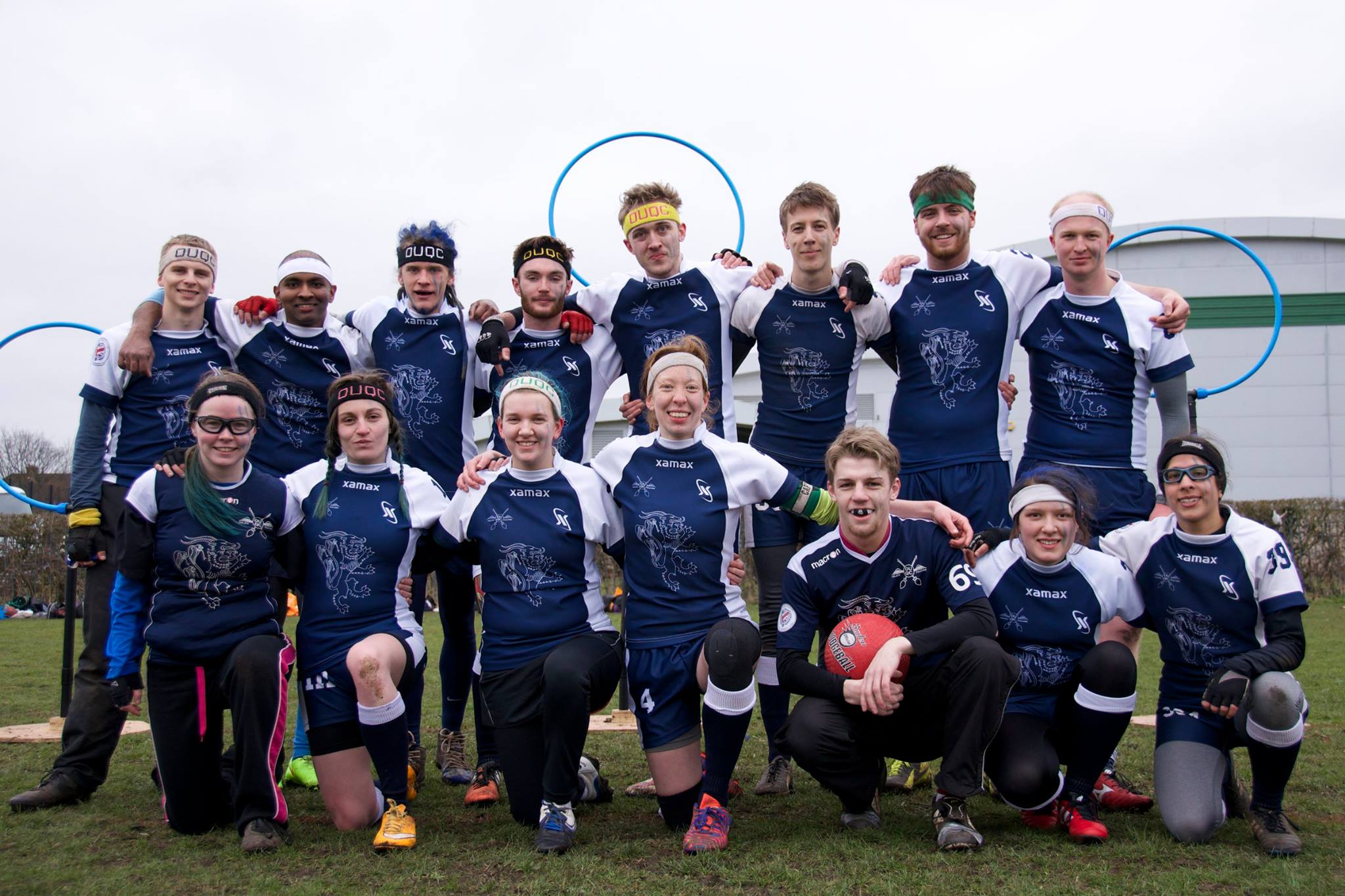