Ambition is something that should always be applauded in a film, and if there’s one thing you can say about Cloud Atlas, Lana and Andy Wachowski and Tom Tykwer’s adaptation of David Mitchell’s 2004 novel, it is that it’s ambitious. The film – nearly three hours long – is a complex and sprawling monster that covers 500 years, much of it in the future, and takes in locations from London to a Hawaii, gradually unraveling six separate plots in an epic meditation on life, the universe and everything. It’s unlike anything you’ve seen before, and you won’t forget it once you’ve watched it. However ambition means risk, and it’s going to be down to personal taste whether you see it as a stunning masterpiece, or a slightly messy house of cards that collapses under the weight of its own pretension.

As mentioned, Cloud Atlas tells six stories, each interwoven with the others and featuring a couple of recurring characters. In the earliest, set in 1849, an American lawyer travels to the south Pacific where his witnessing the whipping of a slave leads him to join the abolitionist movement in the United States. The three stories from 1936 to 2012 take place in Britain and America, examining a blackmailed composer, a journalist who uncovers a nuclear conspiracy, and a murderous Irish gangster respectively. The earlier of the two futuristic plots is set in 2144 in the hilariously named Neo Seoul, and the later in a primitive post-apocalyptic Hawaii. Unsurprisingly, this variation of time and place makes for some dazzling scenes and images, and the CGI and cinematography are tremendous. It’s undeniably well paced and edited, and over the course of its 171 minutes you’re unlikely to get bored. You may, however, get bewildered, because some of the items on this cinematic smorgasbord are a little odd.

For a start, there’s the recycling of actors and actresses across the stories. Tom Hanks, for example, is a Victorian doctor in 1849, a nuclear scientist in 1973, and a hairy tribesman in 2321, and the film’s other stars also fill multiple roles. Depending on your opinion, this is either a stroke of genius or an annoying and confusing misstep; it forces you to draw connections between different characters and their roles in the grand panorama of life, but it also distracts from the substance of the film by threatening to turn it into a game of Spot Hugo Weaving. The amount of make-up involved in facilitating this role-hopping must itself have taken up a sizeable portion of the movie’s $100 million budget, and Hugh Grant as tribal chieftain treads the fine line between terrifying and ridiculous.

On a wider scale it’s the same kind of ambitious complexity that is in a way, the biggest problem with Cloud Atlas. Dipping in and out of stories, juggling dozens of characters, and veering from quiet conversation in a country house to explosive shootouts in a space-age dystopia, it’s questionable whether the grand conceit really hangs together. The film’s central theme is the importance and connectedness of human life, but sometimes this fails to shine through the spectacle on the surface, or seems undermined by all-too-frequent moments of bathos.

This is one way to see Cloud Atlas: as a bit of a mess. Although if you give yourself over to its imaginative power, then you’ll see that it’s incredibly impressive. It’s a film that wears its heart on its sleeve, and incredibly earnest in its project of saying something potent about humanity and the interrelation of different lives. So the scope of the work is massive, and the directors have stopped at nothing to bring it to fruition; from the top hats to the spaceships there’s a commitment to realising the time and place, and just as the detail is sumptuous, the big picture is majestic. The performances are also great, with none of the cast threatening to overwhelm the project: fitting for a film about the multiplicity of life. If you approach it cynically, you’ll think it’s an overextended muddle, but if you buy into its ambition then you’ve got something very unique and very powerful. 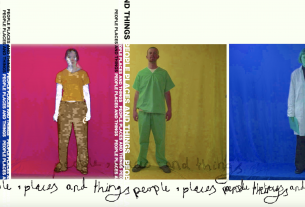 Thierry Lhermitte: An audience with one of France’s top comic actors