There are few people in Oxford now who do not know the name of George Galloway. A few weeks ago, some students were probably blissfully unaware of his overblown personage. That was before he arrived here, only to leave prematurely in an ignominy of his own making. His storming out on a debate with 3rd year PPEist Eylon-Aslan Levy, on account of his Israeli nationality, left students slack-jawed and hooting at his bigotry.

Now he is back on our turf, making a nuisance of himself again. Having flounced out after his tantrum in the manner of an attention-seeking child, he’s back with his tail between his legs. He’s calculated the effect that his own diva-esque behaviour has had on Oxford students: we think he’s an idiot.

Students are probably a large part of his support base, and as a result of his insatiable desire for publicity, he’s shot himself in the foot by violating our university’s century-long history of free speech and debate. Now, he needs to win us back. So it’s no coincidence he’s chosen this moment to jump on the bandwagon of the latest Oxford student scandal.

Not content with making a mockery of our intellectual tradition, this time he’s trying to play the role of do-gooder. Earlier this week, Galloway scheduled an Early Day Motion in the House of Commons, asking that the librarian sacked from St Hilda’s College for allowing students to film a Harlem Shake, be reinstated.

No matter what you think of the Hilda’s librarian debacle, it is sickening to see such a blatant act of headline-grabbing on the part of Galloway. I’m sure the beleaguered woman would rather Galloway didn’t elevate her case to the level of the national media, where he is using it as a cynical ploy to keep his own name in the papers.

Frankly, it’s not up to Galloway to decide what the employment policies of St Hilda’s college library are, and I’m sure there are much bigger issues he could be wasting parliamentary time addressing. I am sceptical even that his intervention will have any impact on the likelihood of the college reinstating the librarian, short of irritating them with the bad publicity, and indisposing them to his new ‘cause’.

What is even more appalling is that Galloway doesn’t just stay out of the Oxford scene after his recent shameful behaviour, but insists again on rearing his head. He clearly thinks that by jumping on the bandwagon of the latest student campaign he will erase from our memories his recent behaviour, which can only be described as racist, and betrays extreme and often repellent views.

One need only look at Galloway’s past record to see just how capricious and unscrupulous he is. One would be forgiven for thinking he has no other principles except to create as much sensation as possible. And yet, he thinks that we will not see through his latest media-grabbing stunt.

Unfortunately for Galloway, he is wasting his time. Although he thinks his transparent scheming will dupe us into forgetting that he has violated the values of our university, Oxford students are not so easily manipulated. We recognise that although we might care about the reinstatement of one college librarian, we have far bigger priorities.

These include all members of our university, community and country being treated as equals and with the respect they deserve, regardless of nationality and anything else, and the importance of free intellectual thought and debate. It is these principles that we hold sacrosanct, and Galloway’s feeble attempts at spin will not alter the fact that a flagrant violation of them will not be forgotten so easily. 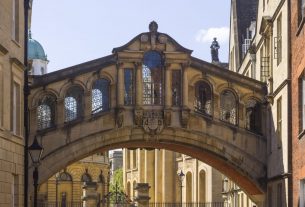