Soon to be released on DVD, Silver Linings Playbook tests the limits of romantic comedy with its bleak and unflinching portrayal of mental illness. Jennifer Lawrence and Bradley Cooper star as Tiffany and Pat, two unemployed twenty-somethings struggling to rebuild their lives in the drab landscape of suburban America. Pat is a manic depressive former school teacher recently released from a mental institution and Tiffany a recovering sex addict traumatised by her husband’s death. They share a history of breakdowns, expert knowledge of psychiatric medication, and a propensity for excruciating social gaffes. On a superficial level, the movie follows the tradition of cult classics like Harold and Maude, Eternal Sunshine of the Spotless Mind, and Punch Drunk Love, all of which feature eccentric romances between the profoundly alienated and marginally bipolar. Even the protagonists of more mainstream, supposedly ‘normal’ romantic comedies have their fair share of neuroses, from the obsessive compulsive tendencies of the heroine of When Harry Met Sally to the chronic anxiety of Woody Allen’s urban intellectuals. Yet Silver Linings Playbook goes further than its predecessors to capture the unpalatable reality of mental illness. Even as it invites the audience to laugh at its hapless characters, it never loses sight of the destructive effects of their condition on themselves and those closest to them.

Far from being reduced to endearing eccentrics, Pat and Tiffany develop into complex and unpredictable individuals, whose extreme personalities even threaten to alienate them from the audience. Pat’s flat voice and stony expression becomes a terrifying prelude to physical violence, as he shifts in a moment from incomprehension to uncontrollable rage. Tiffany expresses her neuroses through the more traditional means of hysterical shrieks and manic laughter, which Jennifer Lawrence’s Oscar winning performance somehow manages to elevate above simple stereotypes of psychosis. Although liable to exploitation and prone to self-destruction, Tiffany’s honesty and openness lend her a degree of power that Pat entirely lacks.  At one point, she describes Pat and herself ‘the honest ones’ compared to her married sister’s stiflingly conventional family.

As the movie gradually introduces Pat and Tiffany’s friends and relations, it challenges the division between normality and mental illness, revealing the pathology inherent in the air they breathe. Pat’s father’s superstitious faith in national football eventually jeopardizes his son’s recovery and his entire family’s future. Even more disturbing is the case of Pat’s former colleague Ronnie, a bland, mild-mannered husband and father secretly nursing corrosive rage and unhappiness. Pat’s desire for normality and ‘a silver lining’ becomes increasingly self-destructive, as he tries and fails to control his mental illness. Participation in Tiffany’s dance contest brings not redemption and cure, but a growing sense of empathy and self-acceptance. Yet the film is far from a protest against the tyranny of normality, or a challenge to the medical definition of mental illness. Pat’s psychiatrist, Dr. Cliff Patel, provides wisdom and guidance throughout, joining with Pat’s parents to help the couple realize their dream of domestic peace. The conclusion balances resignation with life affirming hope, as Pat abandons his efforts to live life along rigidly normal lines and embraces the unexpected happiness of the present. 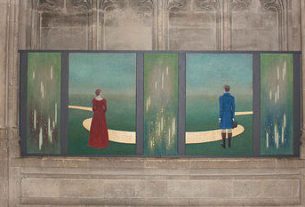 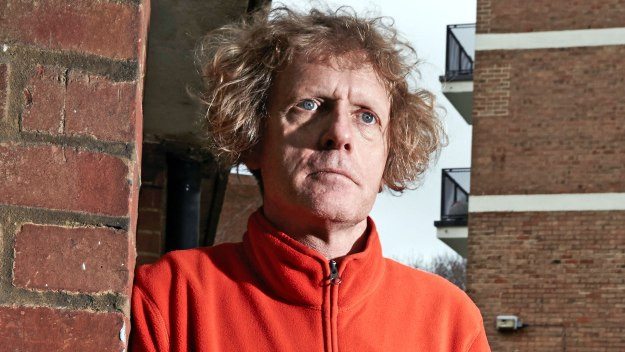