I thought that the weeks of all-nighters spent exasperatedly staring at a screen, confused and distressed were over after coming home from Oxford this Easter. That was before I remembered that the England cricket team was touring New Zealand.

If you would have told the most cynical of England fans that their team would draw 0-0 against New Zealand in their most recent test series you would most likely have been met with a chuckle and a patronising pat on the shoulder. Indeed that is mindset with which England seemed to have approached their most recent tour abroad.

The nonchalant way that the England batsmen gave their wickets away in the first test suggested that they didn’t take their opposition entirely seriously. Granted, a potential England victory in the second test was ruined by the weather, yet in the final match it took a herculean effort from Matt Prior and co. to save the test and the series. Never has a draw against New Zealand felt so much like a victory.

There will be much dissection and analysis of what’s been a humbling tour. However, using all the expertise I’ve gained through Division 2 college cricket and Brian Lara Cricket 2002 on PC, I have painstakingly compiled the most authoritative set of series player rankings available on this particular website:

Alistair Cook 6/10: He is still finding his feet as a test match captain. His decision to put New Zealand into bat at Eden Park backfired, and questions will be asked about some curious field placements (all 9 fielders on the boundary?). The expectation surrounding his batting is astronomically high, and his century in Dunedin was his only genuine batting highlight of the series.

Nick Compton 7/10: Showed his class to make two patient centuries in the series, and despite his modest claims he looks to have cemented an opening slot for the summer. However he didn’t really turn up in Auckland.

Jonathan Trott 6.5/10: Uncharacteristically got in and got out on several occasions, and didn’t really occupy the crease for as long as he’s been used to. Although he’ll be happy with his century in Wellington, he knows he could have scored more. His wicket of McCullum was probably his tour highlight.

Kevin Pietersen: 3/10 Out for a golden duck in his first innings of the tour before managing a decent 73 in the second test. He looked like he didn’t want to be there from the start, probably with half an eye on the upcoming IPL. I’ve decided it’s unfair to give he replacement Johnny Bairstow a score, considering he only played one match.

Ian Bell 6/10: Heroic effort on the final two days of the series, staying in for just under 6 hours to help save the test match. However, he didn’t play to his usual high standards; playing some rash shots and only making one fifty all series.

Joe Root 5/10: Huge potential. He didn’t quite kick on after India as many hoped but certainly looks to have a long future ahead. He did well to stick around on the last day under immense pressure, but doesn’t yet look like the test opener he is tipped to become.

Matt Prior 9/10: Pretty much saved England’s bacon all by himself. Has been let down by the top order on too many occasions but excels with his aggressive counter-attacking style. Widely regard as the best wicket-keeper batsman in the world at the moment: I’m not arguing.

Stuart Broad 6/10: He picked up six wickets in the second test to set up an England victory. Although look frustrated and out of ideas at other points during the series. Like all bowlers he wasn’t helped by some extremely unresponsive surfaces. Furthermore, in recent tests he has done his best to convince everyone that he definitely isn’t an all rounder, although he did show great resolution on the final day, setting a world record for the most amount of time a batsman has spent on nought.

Steve Finn 6/10: Like Broad: a mixed bag as he struggled to find much movement and had a tendency to stray too short and invite the cut, although did pick up six wickets in the final test. He showed a bit of class with the bat, ousting Jimmy Anderson as the go to nightwatchman. Happily for everyone involved, he’s also managed to stop kicking the stumps over.

James Anderson 6.5/10: Got the ball to do the most out of the all the England Bowlers and found a bit more success against the top order. Will be relieved to return home to more swing friendly conditions.

Monty Panesar 4/10: Went from an economy of 1.80 in the 2nd test, to the largest of his career in the 3rd test: 5.67, largely due to Brendan McCullum. He rarely looked dangerous and was out-bowled by Bruce Martin. I can’t see him retaining his place when Graeme Swann returns.

Barmy Army (12th man) 10/10: They were responsible for a large portion of the crowds and atmosphere. Particular mention must go to the trumpeter on the final day of the last test, greeting every dropped catch with a blast of circus music and appropriate renditions of The Great Escape and Living on a Prayer.

Peter Fulton 10/10: Man of the series. Eyebrows were raised with his selection after only averaging 20 odd in a chequered career. However he proved all doubters wrong top scoring in the series with 347 at 69.40. Even the barmies were cheering him on for his first ton. Not so much the second.

Hamish Rutherford 7/10: Scored a sensational hundred on debut, although he didn’t kick on as he may have liked. He can look forward to a long spell in the side if he can carry his early promise on.

Kane Williamson 6/10: He was unfortunate not to score a century in the final test, getting out on 91, and looked a composed number three throughout the series. When he stood in as captain for the temporarily injured McCullum he immediately had a bowl himself. However, he backed himself with good reason picking up 4 wickets in the last innings.

Ross Taylor 4/10: One of the big guns in the side but consistently misfired. After being acrimoniously sacked as test captain at the end of last year his mind may have been on other things.

Dean Brownlie 6/10: Failed to make a big score in the series, but still an inexperienced player with a lot of potential. He’s viewed as a long term option for New Zealand to bolster a traditionally fragile middle order.

Brendon McCullum 9/10: As diametrically opposed from his opposite number as possible, with his unconventional captaincy and swashbuckling batting. His first series as New Zealand captain has been successful but he will be bitterly disappointed that this team couldn’t find the last wicket. He’ll be wondering if he needed to bat for so long on day four, although he won’t be complaining with a series average of 82.66.

BJ Watling 7/10: Another inexperienced member of the side that has shown a lot of promise. He kept confidently and scored a decent amount of runs to boot. Along with his middle order colleagues he kept England from picking up quick wickets and building momentum.

Tim Southee 7/10: Took a stunning catch to dismiss Finn and generally bowled aggressively and economically. Also looked dangerous with the bat, currently holding the highest strike rate in tests (minimum 50) of any New Zealand batsman: 192.50 (77 not out of 40 balls) against England in 2008. He punished England with 44 of 33 in the final test.

Bruce Martin 7/10: An impressive debut from the 32 year old, picking up 4 wickets in the first test. He quietened down later in the series with Kane Williamson being bowled ahead of him the final day. He can hold a bat the right way round as well.

Neil Wagner 7/10: He took his chance after the injury of Doug Bracewell and was the main man in the first test with four wickets. He removed Ian Bell just before tea on the last day and produced an extremely hostile spell to rattle Matt Prior as well as the stumps: a fierce bouncer clattering off Prior’s helmet to hit the wicked, yet failing to remove the bails.

Trent Boult 8/10: By far the most dangerous of all the New Zealand bowlers. He bowled with the most variation, sending down some fearsome in-swinging Yorkers. Having secured 6 wickets in the first innings of the last test, he deserved more than the 1 wicket he picked up in the second with several deliveries evading to edges of the England batsmen.

5 Things We Learnt From the Winter:

Given that I have only been watching cricket for little over a decade, this is admittedly not the most educated statement I will ever make. It is also difficult to compare keepers from either side of the Gilchrist era, as the art has been so revolutionised, but quite simply I can’t remember the last time Prior did anything wrong with the gloves and his batting average is head and shoulders above any of his rivals. But most importantly he puts in performances when his team are most in need. His flying catch to dismiss Fulton in the 1st innings and his outstanding efforts with the bat throughout the series are testimony to that.

England pride themselves on their professionalism and in one respect they are right to do so. I am not one that buys in to the fact that they did not prepare thoroughly enough for this series. England train hard without exception. But it is their attitude on the field which is of concern. Their bowling attack has for too long acted as if they have a divine right to take wickets and when they don’t they resort to shouting at Monty or complaining about field placements after they’ve had a long-hop smacked for four. It puts me in mind of my U14 school cricket side on a bad day.

‘Boring, boring Test Cricket’ came the tweets on the BBC Live Text feed. Pitches that were as flat as the Dutch countryside made for soporific viewing for much of the series but this is why Test Cricket is so brilliant. It works very deliberately and cunningly on the well-known theory of delayed gratification. The tension and drama created on the last day of the series was amplified a hundred times over because we had to sit through such long periods of nothingness over the previous two test matches. Hopefully the excitement generated by the climactic final test and in particular New Zealand’s promising and exuberant showing will generate some much needed interest in the longer-form of the game in a country where attendances are rapidly dwindling.

Despite their shaky showing against the Black Caps, England have shown enough over the winter to indicate that they should do the double over the Aussies in the forthcoming back-to-back series. This is more to do with the shambolic state of Australian cricket than anything else, having just lost 4-0 to India in a series that saw four key players chopped under Mickey Arthur’s Reign of Terror. England’s attack should prove too much for a fragile Aussie batting line-up.

The gulf between South Africa and England is becoming all too clear to see. New Zealand suffered comprehensive innings defeats to South Africa in their recent test match series and were skittled out for 45 on one occasion, whilst England’s attack could only muster an average of 12 wickets per match between them. Our much vaunted bowlers are not as good as we thought them to be and our batsman lack the unwavering powers of concentration of Amla and co. 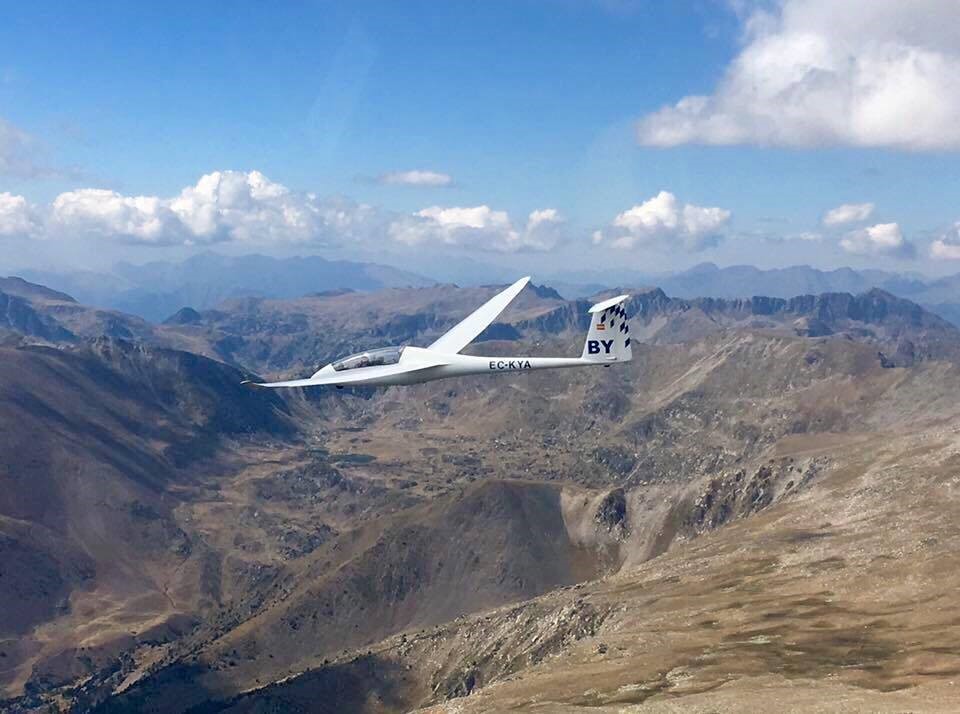 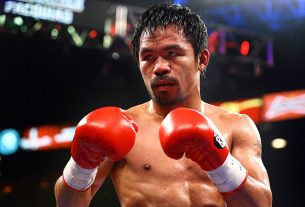 Still Bashing Them In