Twenty-three years since she left office, Margaret Thatcher is still overwhelmingly divisive. The country is split on the night of her death between the euphorically drunk and the mournfully sombre. My Facebook feed today was a cacophony of ‘ding dong the witch is dead’ and ‘so passes the greatest post-war prime minister, RIP Maggie’; you can tell whether somebody is Left- or Right-wing by their opinion on the ‘Iron Lady’. I find it amazing that we all still have these opinions; to what extent can our generation really claim to understand her policies? Unless you were born in the ‘70s or earlier, you haven’t experienced the power cuts, the rubbish piled up in the streets, or the things she ‘fixed’ in Britain. The images of miners coming into bloody conflict with policemen are not our reality; they belong to a turbulent past which we can’t comprehend because our childhoods were cushioned by fluffy middle-way politics. Imagine David Cameron saying something truly so ‘controversial’ that somebody would try to blow up a Conservative Party conference in retaliation. Everything I know about the Iron Lady is from my parents (and the film, of course): she belongs in our history books. So I’m not going to pretend to be deeply affected by her politics or her death, but I am going to comment on how I feel as a woman in her aftermath.

Today, Calvin McKenzie (ever-antagonistic) said that this should be a day when all feminists ‘weep’ over the loss of a great icon. This did not sit well with me. Initially, the irony of a bigoted man telling me who I should respect made me exclaim profanities at my television. Then I remembered Margaret Thatcher reportedly saying ‘I hate feminism. It is poison.’ My profanities dissipated into sheer disbelief. She’s supposed to be my icon? It’s no wonder we’re still struggling for equal pay and representation if even our female counterparts at the top are saying that “the battle for women’s rights has largely been won”. The fact that no woman has taken her place since suggests that she did not inspire us with confidence; you say ‘female prime minister’ and you can’t help but imagine a wide-toothed caricature ‘hand-bagging’ her opponents.

This seems to underline a problem that feminism has encountered recently; in our desperation to find idols, we let people like Jordan claim to be ‘feminists’, whilst powerful and intelligent women reject the label on the basis that they didn’t need any help to get to the top. In rejecting the women’s “libbers”, Maggie sent out the message that to make it in a man’s world, you had to do it on your own. The ‘80s was the age of the power-suit, when ambitious women shed all suggestions of their femininity and pursued ruthless individualism as their route to emancipation. Maggie had zero other women in her cabinet; perhaps this was simply because none were objectively good enough, but a part of me can’t help but wonder whether she shared her peers’ derision for the ‘weaker’ sex: did she see herself as the exception, not the rule?

One of her fellow female MPs recalls her saying “well, we can’t let them get the better of us.” Many women remember her for bossing around her male counterparts as if she were the one bred for the top job, not them. So how can I, as a feminist, undermine the most significant woman in British political history? Don’t worry; the hypocrisy is not lost on me. Plenty of women (my mum included) grew up watching Maggie on the news, thinking ‘if she can do that, I can do something too’. Maggie said herself that she didn’t think she’d see a female PM in her lifetime, then went on to make this a reality for eleven years; for almost the entirety of one generation, a woman at the top was all they knew. This did affect women’s self-belief, but only indirectly; it made people think twice before they deemed women lacking in strength or resolve but in general Maggie is seen as ‘special’. There aren’t many women of my generation who aspire to be her, nor do I have quotes of hers on my wall to inspire me to take on the patriarchy.

So the question is this: do I have to respect Thatcher just because she was a woman? Feminism is about judging people regardless of their gender so, as a feminist, I judge that she will never be my ‘icon’. To be honest, I don’t think she’d want to be. Respecting her simply because she managed to get to the top is patronising, and that’s never what Maggie wanted. So I suppose the Iron Lady as ‘a woman’ really is inextricable from her politics; judge her on what she did, not on her gender. Personally, I’ll be shutting the history book now, not kissing her poster every night before I go to bed.

I think feminists have a lot to make up for since Maggie’s indifference to the cause; it gave the men who respected her an excuse to dismiss serious continued discussion about women’s rights, with difficult consequences. The fight for better representation of women in Parliament continues to bubble quietly in the background, with the Thatcherite argument being that any woman can do it if they have the sheer determination. That’s all very well, but I don’t want to be like Thatcher; I shouldn’t have to be twice as strong as the men around me to survive in their institution – I want it to give me exactly the same chances and to listen to women’s concerns. So I’ll continue to fight for equal opportunities until I get them, thanks very much. Thatcher will always be historically important as a female PM. But right now, it’s probably time for a new one. 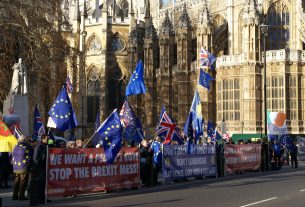 No RON-seal of approval at Johns 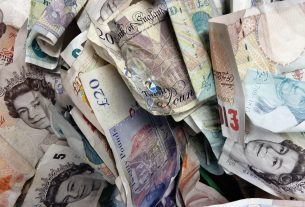