The media circus following the death of Baroness Thatcher could not have come at a better time for David Cameron and George Osborne. It was barely a fortnight ago that the government played the cruellest April Fool’s trick to date- reducing taxes for the rich whilst simultaneously cutting the support available to the poorest in our society. However, the fawning coverage of the former Prime Minister which has dominated the news agenda in this past week has meant that the government’s changes to both the tax code and the welfare system have not been properly scrutinised. Whilst this has undoubtedly been in the government’s favour, the real benefit for the Conservatives is the way in which the press have been portraying Thatcher’s legacy. Her death provides an opportunity for those on the right to cement the myth that she was a great leader who saved Britain from economic decline and trade union militancy. It allows those in favour of the current government’s programme of austerity to parrot the line that there was no alternative then, and there is no alternative now. This is a stance which has serious consequences for Britain. Thatcherism provides the ideological underpinning for the assault on the welfare state, championing economic liberalism and the idea that inequality is a result of individual failure as opposed to wider structural problems in the economy.

This is not a reality that many people in Britain would recognise today. The latest unemployment figures show that there are two and a half million people unemployed in our country, a staggering 7.8% of the working age population. This is not down to individual failure but because there is a severe shortage of jobs, made worse by the government’s economic policies which have led to reduced demand and the lack of economic growth which has characterised the past few years. The government is blindly pressing ahead with its deficit reduction plan because to change course would be an admittance that their economic vision is flawed. Instead, they seek to direct the growing public anger over our economic situation away from themselves and the financial sector and towards the poorest and most vulnerable in society. The public are told that the reason Britain is in such a financial mess is not because we had to bail out the banking sector to the tune of billions of pounds, it is due to the fact that spending on welfare payments is too high. Isolated incidents such as the awful Mick Philpott case are portrayed by organisations such as the Daily Mail as being representative of the entire unemployed community, tarring an entire section of society with the same brush and undermining public support for the welfare system.

The government are helped by the high level of public misinformation about the welfare system, which the former Conservative adviser Danny Finkelstein openly admitted on Newsnight recently. It is no wonder that the public support welfare cuts if they believe that the recipients are living a luxurious lifestyle whilst they struggle in work. In reality, this could not be further from the truth and is the result of the government deliberately pitting the low paid against the unemployed. For those already struggling on benefits, the decision by the government to end inflation-linked benefits and replace them with a 1% rise over the next three years means they will face a real terms cut in their income. The under-occupancy penalty, better known as the ‘bedroom tax’, will see residents lose 14% of their housing benefit it they have one spare room or 25% if they have two or more. This measure unfairly places the blame for the chronic lack of housing in Britain onto social tenants rather than on the government and the private sector for failure to invest in new housing projects.

This is the real legacy of the Thatcher years, a lack of social housing due to her government’s decision not to use the money generated from the ‘Right to Buy’ scheme to build new homes. Over a third of the ex council houses which were sold in the 1980s are now owned by private landlords and there has been a huge surge in private rents, with them increasing by 37% in the last three years alone. It is time for decisive action to be taken in order to create jobs, by embarking on a large-scale house building programme that will lift people out of unemployment and provide them with decent homes for the future. Margaret Thatcher’s death must not be used as an excuse to extend the market-oriented policies which have dominated British politics for the past three decades. It should be taken as an opportunity to draw a line under neo-liberalism and create a fairer society which provides opportunity for the many, not just for the few.

OUSU in plea for international students 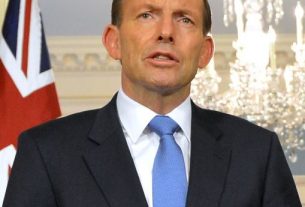