Ah, North Korea. Somehow, ever since Team America, it’s been rather harder to treat it as a threat. Certainly when George Galloway can praise its “cohesive, pristine, innocent culture”, affairs must be pretty dire – the correlation between the Bradford West MP’s ‘friends’ and recently deposed dictators is becoming uncanny. However, the tensions of the last few days have made abundantly clear the dangers of complacency. The country may be bankrupt and starving, riddled with corruption and burdened with the weight of its increasingly idiosyncratic totalitarianism, but it continues to engage in the kind of sabre-rattling that makes the Cold War look like a children’s tea party.

Nor can these threats be dismissed as mere bluster. Certainly bluster plays its part – North Korea has a distinguished history of using nuclear threats in the UN, and this latest spat seems in part pique caused by fresh sanctions. There are, however, three issues that it is vital not to forget.

First, North Korea may be an insane pariah regime, but it is an insane pariah regime with nuclear weapons. At the very least, it must be treated with caution, if not necessarily respect. Push too hard, and there is no guarantee – in stark contrast to the world’s more rational nuclear powers – that the leadership won’t decide a fiery, but ‘glorious’, death preferable to defeat. Although the regime’s missile program is likely incapable of a long range strike – America is surely safe, and Cameron’s talk of a danger to the British Isles is nothing but scaremongering – an attack on Japan or South Korea may well be within its capabilities, an event that would demand an American response.

Secondly, the North’s conventional forces remain a credible threat. North Korea has the largest military – including reserves – on the face of the planet, and spends around 25 per cent of GDP supporting it. Moreover, it remains fiercely loyal to the regime. While no match for American forces, and indeed unlikely even to be able to overcome the technological superiority of the South, the damage to the Korean Peninsula of full scale war, even without a nuclear strike, would be cataclysmic. Quite apart from the casualties – which could be expected to number in the tens of thousands at the least – the destabilisation of the Far East’s economy could tip the world back into recession, and would certainly ruin the prosperous South. A small, but significant, chance also remains that China could be sucked into the conflict – as was the case in the 50s – given its reluctance to see American troops sitting on its border.

Thirdly, Kim Jong-un remains an unknown. While his father was practised at raising tensions to the precise level necessary, then easing off in return for some reward, there is no evidence his son will show the same calculation or restraint. That the North is actively seeking war is highly unlikely, yet it only takes a small mistake for the situation to escalate dramatically. On top of this, there are signs of a more hard-line attitude developing in the South. Previous incidents – notably the North’s sinking of a Southern warship and shelling of the island of Yeonpyenong in 2010 – have been handled with remarkable patience. However, the country’s new leader – Park Geun-hye – has made it clear that the South will no longer tolerate Northern provocations. Combined with Obama’s policy of ‘strategic patience’, which involves remaining calm while refusing to cut a deal to reduce tensions, the situation is more flammable than usual.

Despite this, there is increasing hope for the future. The rise of a black market in the North, necessitated by the abominable economic conditions, is producing the beginnings of a mercantile middle class that the state dare not touch. This group – aware of a world outside the state’s borders – are unlikely to stay silent forever. Each fresh round of sanctions tightens the noose a little more, while gradually even its staunch ally China tires of North Korean games. If the current crisis can be defused – without granting the regime the victory it desperately needs – we may yet see the collapse of the world’s most insane and dangerous state. That can only be a good thing for the millions of people suffering under its heel. 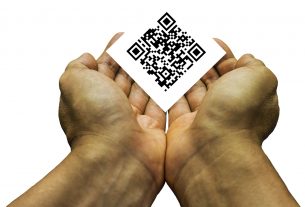