Margaret Thatcher’s death has triggered evaluations of every aspect of her life. But, whatever your opinion on the woman’s politics, we can all share an objective appreciation of the woman’s style. Or can we? The iconic pearls and pussy bows of our only female Prime Minister are as distinctive as her controversial political decisions. For some, it might be difficult to separate the politics from the image. Nevertheless, even through her fashion, Thatcher showed her unwavering dedication to her family, her party and her country.

For the first time, fashion and politics were closely linked when Thatcher rose to power. Thatcher knew that even if some men would call her shallow for admitting it, what she wore mattered. The daughter of a dressmaker, Thatcher celebrated good tailoring and had an eye for detail when it came to clothes. ‘Never flashy, just appropriate’, Thatcher once said on the subject of her style. She dressed in a way that was appropriate to represent her country: smart, neat but also elegant and attractive. Her clothes would become a legacy: 7 suits were auctioned at £73,000 in 2012 – more than 10 times the estimated selling price. Mrs Thatcher did not push fashion under the carpet, but rather used it to consolidate her attitude towards her job and her life.

When discussing Thatcher’s look, one has to start with the hair. That hair was not going anywhere. The fashion of the time could not be more distinct from that of today. Instead of fighting, as we do now, for that just-stumbled-out-of-bed chic, it was all about precision and tidiness. Thatcher’s hair was forever in place and full of volume. The lady was not for turning, and neither was her hair. The robust image that her distinctive hairstyle gave off would be reflected in every aspect of Thatcher’s government. To copy such a hairstyle would be to copy a strong, controlled attitude and lifestyle.

Margaret Thatcher’s pearls were a symbol of her unshakable dedication to her family and her beliefs. As a woman and as a Prime Minister of her particular time, image was important. Advisors told Thatcher to not wear so many hats, and even she had to agree with this decision after a questionable blue and white number gained some strange looks during her time as educational secretary.  But, when she was told to lose the pearls, it was a firm no. Her pearl necklace was a gift from Denis at the birth of their twins. For the rest of her career, pearls were intrinsic to any Thatcher outfit. Anyway, are pearls not an eternal symbol of femininity, position and power? These were three things that Thatcher would always want to promote about herself and her government. Skirt suits and pussy bows were the two other major garments that allowed Thatcher to retain her femininity in a world run by masculinity. Those pearls were with her through thick and thin, and will remain a major component of the Thatcher image.

Not only did Thatcher’s style show dedication to her family, but also to her party through her love for the colour blue. When Thatcher stepped out at 10 Downing Street as the new Prime Minister in 1979, she wore a tailored, royal blue skirt suit – the conservatives had arrived. Blue remained the staple colour of her wardrobe, especially when it came to suits. She wore every blue from a deep royal to aquamarine. It became her signature colour. On her visits back to Downing Street over the years, Thatcher has worn blue to show that she is still the woman that she was when she was in power. Her suits were more than clothes, they were symbols.

Last, but not least, Thatcher’s decisions in the fashion world were committed to her British, capitalist ideology. Thatcher’s favourite designer was known to be the British-based Aquascutum. Their designer, Margaret King, went on to be Thatcher’s official stylist. King would design dresses specifically for the Prime Minister to wear to special occasions – always tailored precisely to the woman and her purpose, never flashy, just appropriate. King once said that Thatcher had the excitement of a little girl when she saw the new designs made directly for her. Marks and Spencer was another favourite of the Prime Minister, and they would send her samples of new collections to suit her style. Thatcher wanted to promote everything that was British, and she was not about to betray this ideology when it came to clothes.

Now, the moment you have all been waiting for: the handbag. Thatcher’s Asprey handbag is one of the most famous items in her entire career. Because of her, ‘to handbag’ was given its very own place in the Oxford English Dictionary. This might niggle at some of our feminist-thinkers, but the handbag was part of the woman. Thatcher once said that her handbag was the only safe place in Downing Street, and perhaps she was right. She carried it everywhere with her, but kept it in mint condition because she knew its value and wanted to preserve it. When it was auctioned off in 2011 for £25,000, it was as good as new. Thatcher kept herself neat and tidy, and the same can be said for her handbag, both inside and out. But, just like her, underneath its elegant and feminine appearance, it packed a punch.

The components that create the Thatcher image are as memorable, but perhaps less controversial, as her political legacy. Whether feminists would have agreed or disagreed with the importance that Thatcher gave to her image, it was part of her strategy to achieve her and her party’s aims. A style as formidable and inimitable as that of Margaret Thatcher’s demands dominance in any room it enters. Even if her policies stepped over or outside the line in some opinions, her style seemed to have to get it just right. Firm, controlled, dominant and female: Margaret Thatcher.

You shall go to the Ball !

How to be powerful, now 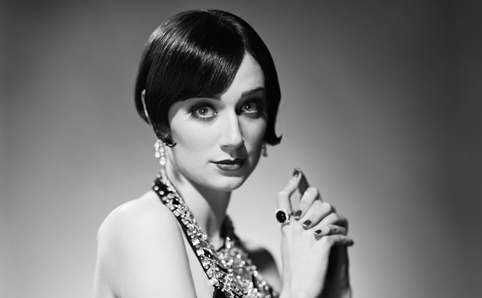