After an achingly long wait, the unmistakeable churning of strings signifies the return of Mad Men. Matthew Weiner left us with many unanswered questions: did Don manage to keep that new leaf upturned? How will Joan fare as a partner in Sterling Cooper Draper Pryce (Harris Campbell)? Will Pete Campbell ever grow up?

In this double episode, ‘The Doorway’, these questions are left hanging. Like last season, we are pondering dark themes of existence. Atypical of Madison Ave., these potent undercurrents are coated in a veneer of plastic positivism. Don is brooding life and death in tropical Hawaiian surroundings, accompanied by his wife Megan, who seems to be breaking into the acting industry with varying success rates. The seventies are just around the corner (it’s 1967), as we see from constant references to bohemian hippies, a penchant for facial hair, and the uneasy presence of the Vietnam War. Change is very definitely here, and the episode dwells on the way the characters cope.

SCDP is changing too, illustrated by a humorous palaver with publicity shots, but not enough. Joan is, as ever, victim to some casual sexism (“Do you mind holding onto the rail, gorgeous, and thinking of important things?”). After her stellar plotline last season, Joan’s part is disappointing in this episode – she’s barely there.

Back to the characters we do see. It makes sense to start with Don, because how Mad Men rolls.  Don is in a morbid mood. The episode opens with a flashback of surgery – we can later infer that the victim is Don and Megan’s porter. However, it’s from Don’s viewpoint. Make of that what you will. Turns out he’s friendly with Arnold Rosen, a renowned heart surgeon who lives in his building. Hearts are indeed on the line in ‘The Doorway’. I don’t want to give too much away, but saying that Don is dabbling in extramarital affairs once again isn’t exactly a shocker. His philosophising also impacts his job; his ad for the Royal Hawaii hotel reminds everyone of suicide, an uninhabited tie eerily resembling a noose. Connections between the series are obvious (R.I.P. Lane), even nodding back to season 1 with Don and Megan’s holiday snap slideshow.

Betty is also feeling nostalgic. Enter Sandy, one of the irascible Sally’s new friends, who dreams of living a bohemian, creative lifestyle in NYC. Betty, of course, sees herself in Sandy – the former model and actress is now ensconced in an ultra comfy, conventional set up, where her key concerns are diets (‘reducing’) and hair care. Yearning for the days of yore, she winds up in a ramshackle squat in Greenwich and is confronted with past versions of herself who lampoon her current bourgeoisie state. Betty’s looking for something more, and marks a new chapter in her life with an Elizabeth Taylor style hairdo. Her black locks mourn the death of her old self, and hopefully signify a direction for Betty that extends beyond self piteous wallowing.

Roger’s also hit hard by the death of his mother, and it’s nice to see some genuine, albeit belated emotion from SCDP’s silver fox.

And of course, there’s Peggy. Her story is rather at odds with Don’s eschatology, and provides the most humour. It’s fair to say she’s emerging as the Don of Ted Chaough’s agency, inflicting tough impositions on her awe inspired copywriters; there’s even a whiff of an affair.

Much of this episode concentrates on laying down foundations and initiating themes. It’s a promising (though slightly slow) beginning to the series, and with next series confirmed as the last, it’s clear that the end is nigh. 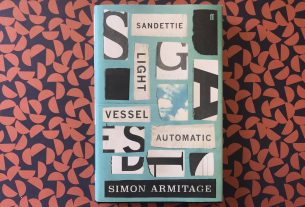 Saw 3D: You saw it all before