They constantly appear in remakes, reboots and prequels, but we’re still loving superheroes. Last week saw the release of the full Man of Steel trailer, and yes, it seems to have been fully Nolan-ised. But the big news of the moment is Marvel’s Iron Man 3, out Thursday. At the UK premiere last week Robert Downey Jr., who reprises his role as Tony Stark/Iron Man, celebrated new cast members Rebecca Hall and Sir Ben Kingsley for ‘raising the bar and making us look good’. It seems Iron Man’s third outing will deliver. To keep you ticking over, here’s our guide to the best modern superhero capers.

For most, Sam Raimi’s origin story of the ultimate nerdy-guy-turned-superhero still reigns supreme over Marc Webb’s rebooted offering, The Amazing Spider-Man. Tobey Maguire may have been rather old to play Peter Parker, but this obvious criticism has never been enough to detract from the film’s many successes; it boasts better performances than many films of the genre, excellent web-slinging scenes and a nightmarish Willem Dafoe as Norman Osborn/the Green Goblin. There’s also fraught moments of tension such as blood dripping from Peter’s arm as he hides on a ceiling, a thoughtful betrayal sub-plot between Peter and best friend Harry Osborn (James Franco), and of course the iconic and much imitated Spiderman kiss.

Pixar do superheroes. A whole family of them. Although it may not have the best plot and there’s no special effects to gawp at in an animated medium, this is one of the funniest superhero films you’re likely to find. À la Spider-Man, Mr Incredible’s extreme strength leads to some great visual wit as he variously lifts a car over his head and destroys a cubicled office. The Incredibles’ daughter, Violet, is a great portrait of moody teenagedom, making this family pretty realistic, apart from the whole superhero thing.

Potentially a controversial choice over Nolan’s concluding Batman film, The Dark Knight Rises, but for me this saga peaked with The Dark Knight, of course in part due to Heath Ledger’s charismatic appearance as the Joker. The plot is less convoluted and ridiculous than Rises, and we see more of the excellent supporting cast including Michael Caine as Alfred and Morgan Freeman as Lucius Fox. Although Christian Bale excels as our titular dark knight the trilogy is grounded throughout by the strength of characterisation even in the more minor roles, a particularly emotive standout being Gary Oldman’s Lieutenant Gordon, whose character arc may even draw a few tears in this instalment.

Superhero films are so popular that they’ve even successfully spawned their own spoofy sub-genre. Kick-Ass is the ultimate wish fulfilment for those who have grown up devouring comic books and idolising the on-screen counterparts. Aaron Taylor-Johnson gives us a convincing and likeable teenager in Dave Lizewski, and Chloe Grace Moretz’s break out performance as the acid-tongued Hit-Girl was a welcome surprise. Kick-Ass has a better gangster plot and more menacing performances (especially from Mark Strong), than some dedicated gangster movies. For those that can handle the gore and gratuitous violence, the amateur superheroes will take to the screen once again in Kick-Ass 2 this July.

Despite gaining rather surprising and over-the-top critical acclaim, Joss Whedon’s smash hit is still a crowning achievement for the genre, bringing together the protagonists of recent Marvel films (Thor, Captain America, Iron Man) and combining them with new incarnations of old favourites such as the Hulk. The Avengers gives us the best-realised Hulk (Mark Ruffalo) of recent years, and features Scarlett Johansson as the oft-overlooked Black Widow. Here’s hoping for another spin-off.

Not a fallen woman: Hedda Gabler at The Old Vic 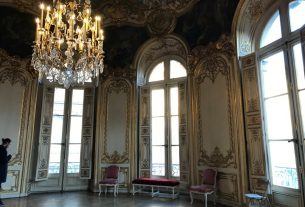