Ofcom are investigating the BBC’s coverage of the Boat Race, after the Oxford coxswain repeatedly swore during the broadcast. Cox Oskar Zorrilla was heard saying “fuck” up to five times.

The regulator is looking into whether the BBC breached broadcasting codes, including rules relating to offensive language.

BBC commentators apologised immediately during the broadcast, but did not turn down Zorrilla’s microphone. A BBC spokesman asserted that prior to the race the production team had specifically warned the rowers not to swear and apologised again for the “unsavoury language.”

Over 200 complaints were made following the televising of the race on 31st March, in which Oxford beat rivals Cambridge by a length and a third. The majority of the criticisms are presumed to relate to Zorrilla’s use of expletives.

Speaking to the London Evening Standard, Zorrilla said: “I want to apologise to anyone I offended.

“I also want to apologise to the BBC for having to smooth over the situation for me.”

He added that he had not realised the extent of his profanities, and explained: “I knew I was mic’d up, but once you get out on to the water, it is really just you and the eight guys.

“In one way it is very public, but in another, it is just me and them.”

“If thrashing the Tabs isn’t an appropriate moment to let out a hearty ‘fuck’ then I don’t know when is. Zorrilla the Gorilla swears when he wants. He cares not for your watershed.”

However, some Oxford students empathised with those who complained to the BBC. Charlie King, a Keble fourth year, described the trauma of his viewing experience: “’I covered my grandmother’s ears [… and] my teenage sister spat out her chai latte.”

The race attracted more than 40 percent of all those watching television in the UK at the time, averaging out at 6.6 million views over the programme.

The race itself lasted 17 minutes 28 seconds, and narrowed Cambridge’s lead over the Dark Blues to 81 races to 77. Oxford were also victors in the Isis/Goldie race, the Women’s Boat Race and Reserve Race, and the Men’s and Women’s Lightweight Race. 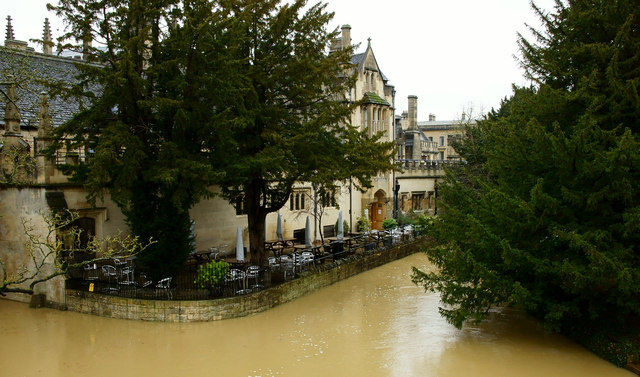 Flood Alert in force in Oxford

Record number of LGBTQ at event