Just under ten years ago, Pete Doherty was the darling of the British tabloid press. Fresh from the messy split of The Libertines, he formed a new band, Babyshambles, releasing the truly shambolic indie-punk album Down in Albion in 2004 and the softer, soberer Shotter’s Nation in 2007. For the last six years, the band have been on hold, but now, the two remaining founding members of the band, Doherty and bassist Drew McConnell, have taken to the studio with guitarist Mik Whitnall and new drummer Adam Faulkner to record their third album. It’s a busy time for Drew McConnell, whose solo material is also in the pipeline, but I managed to drag him away from a recording session in Paris for a Skype chat.

Drew has stationed himself in a downstairs room to take the call, but in the background I can hear the faint sound of laughing and joking upstairs. I ask him if he’s pleased to be working with the band again. “I’m probably the happiest I’ve been for years. It fills me with joy to stand in a recording studio with headphones around my neck, seeing Peter and Mik and Stephen Street in the control room.” Drew admits there has been a “slight disconnect” with Pete Doherty living in Paris, but they’ve overcome that problem – the main issue has been Drew’s health. Around a year ago, he was seriously injured in a car accident, and retreated to the Coast of Silence in southern Tenerife to recover. “I was on my own, basically, there was no-one there. I didn’t speak to anyone for about a month, except occasional trips to the shop – it was very solitary… I guess it was like meditation.”

While he was convalescing, Drew found himself writing music, which he is now uploading to the internet track by track for his project, Helsinki. “I hadn’t planned to release the songs, it was just an exercise for me to start writing again because it had been a while since I’d written any songs. I started writing and I figured that I’d just record them as little demos. I guess it was like a form of therapy, really. They weren’t planned to be released.” His friend Mark Donne, a journalist and filmmaker, encouraged him to show people the tracks. “He said something quite interesting: he said that with a lot of musicians, you can almost hear their minds imagining crowds singing along, or you can tell they’ve written songs with thousands of people hearing them in mind. Whereas this wasn’t – I just played them to him. He said, look, you should just put them out, even if you just put them online.”

Since coming home and returning to full health, Drew has been releasing his Helsinki tracks online for free, building up excitement for a physical release in autumn. The songs are a far cry from Babyshambles material; they’re more folk-influenced – subtle, simple and craftily catchy. “Skeletal is how I’d describe them,” he tells me. The songs’ “skeletal” sound is partly due to their production, the work of Cure producer David Allen, and it’s often to their advantage: tracks like ‘Another Light’ and ‘The Very Last Boy Alive’ are restrained enough to feel both summery and beautifully haunting. Drew’s favourite is soon to go online. “There’s one that I haven’t put up yet called ‘Alone (for Aaron)’. One of the only people I spoke to whilst I was in Tenerife making this record was a friend of mine. She called and said that she’d just had a baby and she’d named him Aaron Jay. My brother passed away a few years ago, and his name is Jay, so she named her baby after him. I went for a drive  up in the mountains and I just started singing acapella and I turned around and went back to the house, ‘cause I was imagining what chord would go with this melody that I was singing. This song just fell out. I guess it sums up the whole feeling that I had whilst I was there, being so alone on this island, and reflecting on everything that had happened – and there being this new life, a new generation.”

When he played the tracks to Barney Bodoano, a fellow musician and artist, they decided to collaborate, releasing them alongside Barney’s artwork on Helsinki’s website and Tumblr. “Barney’s just one of those guys who is super-talented. Anything he turns his hand to is really good, and he immediately ‘got’ that whole stripped-back, skeletal, second-adolescence feel.” The artwork certainly reflects Bodoano’s knack for capturing a mood: his sketches draw out a light-hearted vein in the music that transcends its generally contemplative atmosphere. His drawing of the burnt-out pier in Brighton is due to be the cover of the album.

Before his accident, Drew had been a familiar face across the music scene, working with musical friends like folk singer Fionn Regan and Strokes guitarist Albert Hammond Jr. on Helsinki tracks recorded for the Love Music Hate Racism campaign. He was also involved with Instigate Debate, a movement in which figures from across the media organise debates and discussions to challenge the dumbing down of mass culture and reportage. I tested him with an Instigate Debate style question – what does he think needs addressing most about society today? “Well I would say that in British society, the budget and tax avoidance need to be addressed, and I think that the right-wing media and the government are trying to tell us that the problem is welfare, but it’s not. The problem is the financial institutions, and I think that scapegoating welfare and immigrants and such is disgusting and predictably Tory. But on a global scale, I think the most pressing thing that we need to address is climate change. I don’t think people quite appreciate the gravity of the situation that we’re in. We’re just at the point of no return really. We can pull it back if we all pull together, but I think people have catastrophe fatigue.”

At this point, Mik Whitnall walks in to discuss middle eights and loops. I ask Mik if he’s enjoying recording again. “Nice to be doing something with my life really,” he replies. They both laugh. Amongst all of the hype and scandal surrounding Pete Doherty, Babyshambles have never become stereotypical arrogant rockstars; their feet are firmly on the ground. When I ask them how they’re finding it in Paris, Drew jokes, “Basically, we have to make this record so that we can afford the Eurostar bill.” Like their fans, Drew seems excited about Babyshambles’ return and can’t keep off the subject for long. I ask him what he’s looking forward to most about 2013, and there’s no real hesitation. “Babyshambles mark three! I’m looking forward to continuing to be productive and creative and as healthy as possible.” Hopefully, 2013 will be a big year for both Babyshambles and Helsinki.

Review: Objects Belonging to a Young Man in Oxford 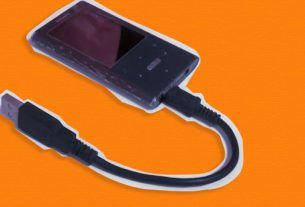 The Spirits of Music Past, Present and Future