The Oxford Union owes its existence to its ability to reflect the current interests of students. It was founded because intellectual freedom was lacking in the lives of Oxford students, at a time when the University restricted exchange of ideas and opinions. Its survival since then has been on the basis that it is relevant to the contemporary interests of students. It remains a place where fashionable ideas can be shared, modern cultures explored, and academic skills applied to the pressing issues facing the globe today. The average Oxford student will have at least one experience of the Union, even if they are not themselves a member, although the overwhelming majority of students are.

Far from being cliquey and old fashioned, the Union is open and reflective of modern society. Current finalists will have seen only three Presidents in their time here who are white and male. Variety is clear across the active membership, in terms of gender, nationality, ethnicity, sexuality, spiritual, beliefs, political opinions, academic subjects, and extracurricular interests. There is a strong case that the Union is becoming increasingly open and inclusive of the average student. The range of speakers has broadened recently, with such luminaries as Psy, Gaz from Geordie Shore, and David Gest’s Motown greats. This has attracted people to the Union who wouldn’t ordinarily do so, and rejuvenates the Union brand. Over the past year, the early stages of a digital strategy has been pursued, with events professionally filmed and uploaded online. The Union has embraced social media, and in addition to a refreshed Facebook and Twitter presence, will begin blogging on the Huffington post website. These developments dramatically increase the probability that an average student will come into contact with the Union, and that contact will be positive.

The Union draws students to it, and compels active involvement. Only a tiny number of active members are hacks. For a start, there are many unelected roles, so that members can: engage with the press, help with marketing and publicity, run the library, advise on finances, raise sponsorship, entertain guest speakers, and administrate elections. Events have an enduring participatory quality. The flagship Thursday night debates remain popular, regularly packing the Chamber, and provoking excellent floor speeches. The competitive debating team have consistent success, representing Oxford students at the highest level. Students are elevated to a level playing field with guest speakers, as they question, argue, and socialise with world leaders from across the globe. Further, opportunities for indirect involvement are numerous. Student journalism benefits greatly from the Union, as reporters interview speakers, review events and, occasionally, investigate controversies. It is easy to forget how lucky the Union is to have beautiful Victorian buildings at its disposal, and they are a hub of activity. Be it as a venue for the annual Town vs Gown boxing match, Law Soc President’s Drinks, or performances of ‘Frost/Nixon’ which will take place later this term, it is clear that the Union sits firmly in the mainstream of student culture at Oxford.

The less savoury aspects of the Union don’t change the fact that for the average student it makes a positive contribution. Hackery comes in many forms, and for the most part the election process reflects the natural propensity of students to network, compete, forge new identities, cultivate ambitions, and in the event, support their friends. That the Union sometimes inspires protest and controversy is, in many ways, proof of its positive contribution to student life: scandal is always a risk for institutions that are both participatory, and relevant.

At 190 years of age, the Union remains true to the mission of its foundation. It empowers Oxford students to probe subjects of contemporary interest, protects the principles of free speech, and puts the exchange of ideas to the heart of student life.

That the Union is a mixed blessing for Oxford students becomes apparent any time elections are held. Despite strict rules to prevent hacking, there are few people who haven’t had to make a hasty escape when confronted in the porter’s lodge by a power-hungry acquaintance. Although the phenomenon of hacking is not unique to the would-be Prime Ministers of Oxford’s most illustrious society, it’s a good example of the conflict between the apolitical body the Union claims to be, and the deeply politicised one it actually is.

The Union is feted as a bastion of free speech, as indeed it should be. Nonetheless, its lack of party political affiliation does not prevent every aspect of it, from the evening dress that officers wear to debates to the massive joining fee, exuding small-c conservatism. No-one ever explains the myriad rules governing what is and isn’t acceptable at the Union: the cowed fresher is left to muddle through to the best of their ability, constantly dogged by the suspicion that they should have worn a suit.

There are plenty of students – such as myself – who after the first few weeks of doubts about etiquette learnt to enjoy the events that the Union offers without too much fuss. And by itself, the Union’s aura of being in some ways a closed club wouldn’t be a problem. The fact that its upper echelons tends to be populated by a particular type of person – privileged and ambitious, and generally heading for a career in politics – would be completely acceptable were that its stated aim. Likewise, if it focused solely on attracting eminent speakers for the edification of students, it would be one of the most delightful societies in Oxford. However, its efforts to do both leads to an odd situation where the states aims to entertain and educate often feel secondary to members’ attempts to boost their CVs. This causes a certain subtle uneasiness in the ordinary students who just want to have a quiet drink in the bar or hear the Prime Minister of Slovakia speak.

Its hefty political influence makes the Union one of Oxford University’s best-known institutions; in many areas it is viewed as a sort of hyper-distilled version of the Oxford experience. Hence, somewhere around the fifth attempt to clarify to the outside world that they are neither a close friend of David Cameron nor in the running to be the next Chancellor, students come to define themselves as aligned either with or against the Union. Almost no-one manages to get through Oxford entirely indifferent to it. This is healthy neither for those expending all their energy organising Union events, nor for those trying to carve out an identity focused on academia rather than politics.

Furthermore, the Union’s attempts to mirror real political structures leads to equally real corruption scandals, as when former President John Lee was accused of wrong-doing over PSY’s speech. Clearly there’s nothing wrong with seeking to mimic the workings of democratic institutions, and most other Oxford societies do the same to some extent. However, there’s something depressing in the way a society originally set up against the wishes of the University has transformed into a key bastion of the establishment. A society that is all about questioning assumptions should not be a way for tomorrow’s self-satisfied politicians to get work experience. The Oxford Union is an important institution with much to offer students, but it would benefit them much more by regaining some of its radicalism and refusing to collude with an establishment that marginalises young people and their education. 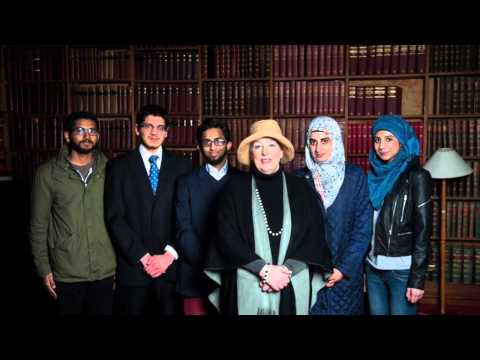 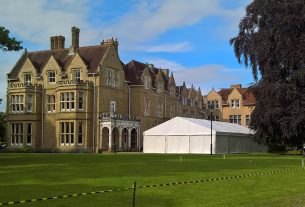 A wealth of alumni