In a twin exhibition opening on Friday 27th April, Modern Art Oxford returned to old visions of the future. Archigra

m Beyond Architecture REMIX 2013 and Stephen Willats’ Conscious – Unconscious bring us art with a social conscience that doesn’t disappoint. Willats, who found fame in the 60s, returns for his fourth exhibition at MAO, while Archigram bombards us with a fresh take on the gallery’s original 1967 exhibition. Both force us to examine how we imagine our futures, both question how technology brings us together and pushes us apart, and both immerse the viewer in a cacophony of multimedia. Archigram is the closest thing to a British Pop Art extravaganza you’re likely to find this side of cyberpunk. It’s gaudy, it’s brash, it’s defiant and entrancing. Screens support video montages – guns, parks and rockets flicker simultaneously on slanted screens all around you. Amongst the forest of images lie its denizens – mannequins decked in futuristic fashions: neon visors and deafening shirts. The message? A technologist’s manifesto – our lives shouldn’t be trapped by functionalist architecture, by work and by reason. Play should replace logic, and freedom emerges from a radical rethinking of social space. A vision of utopia, it’s fascinating to see how 60s faith in technological progress resonates with our current beliefs in technological panaceas. Next to moon landings we see the launch of the iPad and the birth of holographic musical performers. In this space of productive confusion, the vacant mannequins haunt us.

This explosive optimism stands in marked contrast to the cautious and critical play of the exhibition that dominates the gallery. Willats’ recent work is a fascinating collection of murals, photographs, paper works and video art of breath-taking clarity and complexity. Vast primary-coloured friezes combine something of the social realist criticality of late Leger and the blinding minimalism of Sol LeWitt. Like immense circuit-board diagrams this ‘cybernetic’ artist maps the most important subject of humankind: how human beings relate to one another.

In huge grids of information, his ‘data streams’ – photographs, texts, films, paintings – dissect chance encounters, private conversations, and whole mechanisms of social change and repression. And once broken down he asks us to recombine them. In Macro to Micro he shows us how art is a social creature made by society and not just the preserve of artists, in a vast archive of artists’ and journalists’ documentation of a performance on a shopping street – and the reaction of everyone and everything, from the public to the pavement. What first looks like obsessive hoarding and the reduction of life to squares and arrows, becomes a poetry of phantasmagoria – the traces of fleeting gestures and encounters, performed disruptions of a concourse. Throughout the gallery we see real people confronted and included by the artist in the liminal spaces of life – ruminations on place and crisis, the impact of technology, the meaning of enquiry. Some works distil conversations, some show videos of the public coming to the aid of an actor feigning collapse.

While his diagrams prod each other with arrows, they also poke fun at the limits of their descriptive power where he confronts us with our own prejudices. Again and again he juxtaposes the similar failings of our attempts to codify jugs and vases with our precon

ceptions of human beings. Mocking the typological frame of Victorian formalism and anthropology, he shows us series of heart-wrenchingly evocative ‘still lives’ of couples on the street next to artistic arrangements of ceramics. The simplest of relationships – the meeting of two strangers symbolised by coloured squares – grows into a vast grid, a confusion of interrelated assumptions, its last frame evocative of a pixelated image that refuses to resolve itself. Instead, we are given the imperative to resolve our world for ourselves.

Downstairs we find his latest and most local intervention. The product of collaboration with communities in Blackbird Leys and Kennington, here people document their own lived experiences, the spaces they wander and the glimpses they catch. Like so many of his grids of images, the archive of found images and mementos fosters the most transparent and critical of readings – and the choice of reading is ours. Horizontally we cut through fragments of social architecture while vertically we can read individual households, just as upstairs time cut across artist reponses. Our reading is made active and participatory just as the subjects and producers of the work are linked synchronously in time by the play of the semiotic grid.
Finally, in a summation of his oeuvre we find his latest video works where scenes from both communities are spliced together on top of a split feed of cameras roving through passages and pathways in each, the epitome of Situationist Dérive. This is the emancipation of the audience – of society – as dreamt by the people who live it. The disadvantaged periphery intruding into a gallery in Oxford’s gentrified centre. The recombination of narratives and spaces from both allows the reimagination of each – the dream-like drifting through a world we all create – a utopia of action and imagination. A resolution if ever I saw one. 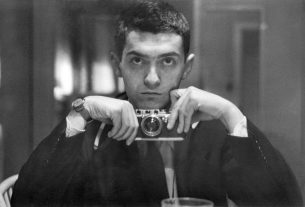