The Oxford University Russian Society will host a talk by Prince Michael of Kent on Thursday, 2nd May, at Merton College.

Maxim Kotenev, adviser to the society, anticipates that the Prince will talk about his visit to St Petersburg for the burial of the Tsar and his family, and might make a comparison between the British and Russian royal families.

Kotenev added that he would be interested to hear the Prince’s “view on the Queen, her role and some internal stories of his encounters with the Queen”.

“Prince Michael of Kent is interesting for the Russian Society because of his profile”, said Kotenev. The Prince is related to Russian royal family and involved in a large number of non-profit charities in Russia. “He has close links with Russia, speaks Russian fluently and has travelled to Russia several times”, added Kotenev.

The Prince is devoted to several charity, arts and education organisations in Russia. Among them is the St. Petersburg based Nochlezhka Charity Foundation, which provides shelter and food for homeless people. He is also a patron for the Russian National Orchestra and the Russo-British Chamber of Commerce and holds an Honorary Doctorate from the Plekhanov Russian Academy of Economics and St Petersburg University of Humanities and Social Sciences.

The Prince is a cousin of Queen Elizabeth II and his mother, Princess Marina, was the daughter of Grand Duchess Helen Vladimirovna of Russia. “He is named after the brother of Russian Tsar Nicholas II and in some way he looks like Nicholas II”, said Kotenev.

The Russian Society was founded in 1909 by a member of the Russian royal family, Prince Felix Yusupov, who studied at University College. Prince Felix is known for having participated in the assassination of Grigori Rasputin, the faith healer of Tsar Nicholas II.

The talk will be held in English at 7 pm in the TS Eliot Lecture Theatre, Merton College. Entry is free. 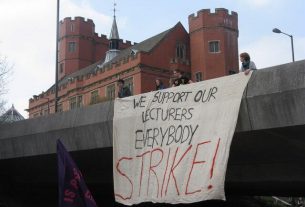