A storm erupted in the Twittersphere this weekend, after a bitter ex-employee abused The Turf Tavern’s online reputation.

A picture of a novelty beer glass resembling a woman’s breasts was posted by The Turf Tavern Facebook page, with the message, “New branded glasswear (sic) coming soon!”

Owing to the relatively few people who have ‘liked’ The Turf Tavern on Facebook, the initial problem was small. However, the image was subsequently brought to the notice of the Everyday Sexism Project via Twitter.

Everyday Sexism then retweeted the image, along with the message “Oxford pub @TheTurfTavern proudly introduces new glassware #EverydaySexism”, to its followers, who number just under 47,000 people.

The image was then retweeted a further two dozen times.  The image provoked several outraged responses, with a Rachel McCormack tweeting: “What utter juvenile misogynist fuckwits. Do you have gollywog tankards too?”

The Turf Tavern’s manager, George, who has been taken by surprise by the storm, commented: “I’m an old fashioned manager, I don’t know how these things work. I like to be known for the pub, that’s it.

“If anyone in a normal state of mind thinks those glasses will be introduced in a pub in this country, they must be absolutely barking mad. …We don’t even have any branded glasses, we just have traditional pint glasses.”

The manager stated that the ex-employee had been fired for being “a dishonest person”, and that the late night post was probably made under the influence of alcohol.

As soon as management was notified the image was taken down and an apology issued. However, the image remains up on EverydaySexism’s Twitter account.

In an effort to boost the pub’s online security passwords have been changed and the number of staff with access to the accounts has been reduced to two.

After The Oxford Student had informed the Everyday Sexism Project of the error, founder Laura Bates took a conciliatory tone, commenting: “The pub responded admirably and rectified the situation as soon as possible which is all anyone could ask for and we’re really grateful they took it seriously and apologised.”

Abigail Burman, Equal Opportunities Officer at Corpus Christi College, commented: “The photo was clearly meant to be offensive and it was.  Women are so much more than disembodied breasts, but images like this contribute to the fact that they often aren’t treated that way.

“I really appreciate that The Turf was so quick to apologise and remove the image.  They might also want to consider making a donation to an organisation such as the Oxford Sexual Abuse and Rape Crisis Center.”

Tom Dyer, a fresher studying English and French and Merton, said: “I think the pint glass is disgusting, and even though it’s not a very believable post, the fact that it comes from the official Tavern page makes it pretty damaging. Everyday Sexism did the right thing in picking up on it, but ultimately The Turf can’t be blamed for the actions of an ex-employee, and their response […] is right.

“At least the sexist doesn’t work there anymore”, he added.

The Everyday Sexism Project describes itself as a “project documenting everyday experiences of sexism to prove how bad the problem is and create solidarity”.

Its website states, “The Everyday Sexism Project exists to catalogue instances of sexism experienced by women on a day to day basis. They might be serious or minor, outrageously offensive or so niggling and normalised that you don’t even feel able to protest.”

As part of Jesus College’s ongoing programme addressing equal opportunities, Laura Bates will be giving a talk with Q&A session in the College’s Habbakuk room, at 8.15pm on Thursday of second week. 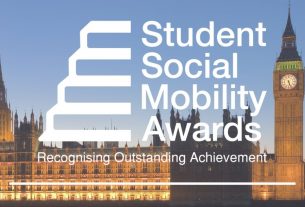