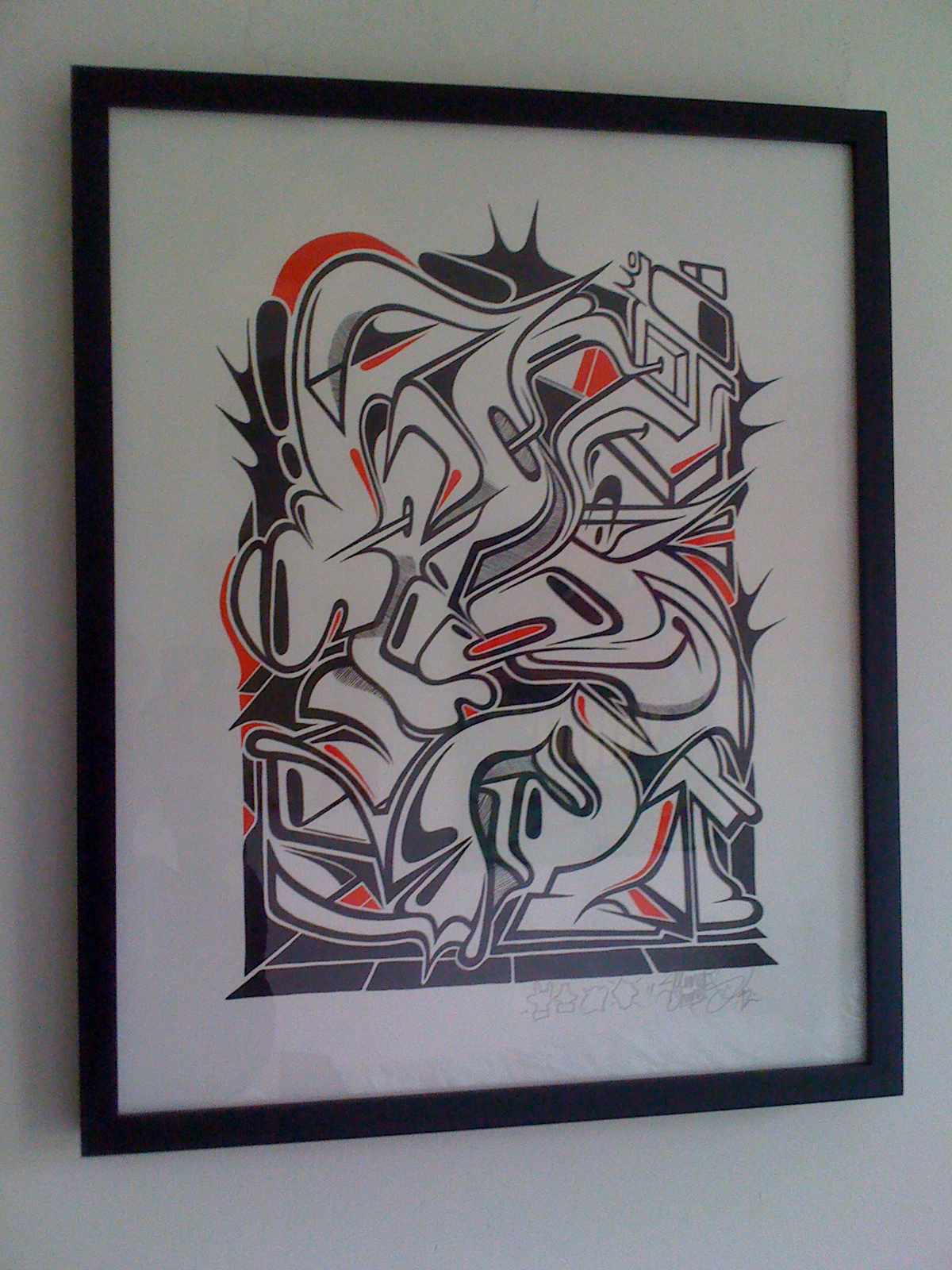 The latest creation of the contemporary Bristol artists Kleiner Shames and Patch Plummer, You Can’t Fall Off The Floor, showcases the duo’s stylish return to their home city. Here at the Old Fire Station, saturated colours clamour for our attention amid deft lines and bombastic signature sweeps. These graffiti artists are the latest to have been welcomed in to the white cube – a fresh instalment in the past quarter-century’s story of peaceful assimilation. Once a transgressive and riské outsider art, we don’t have to look further than Banksy to see how saleable and inoffensive figurative graffiti becomes as soon as it hits the gallery wall. Even if sometimes that wall was once someone’s garage, before it was so rudely shaken from its context.

Here that begs a question: what’s the context of the works hanging in the Old Fire Station? Loud colours reach out from the walls in their neon greed (in the case of the mural, almost literally) but for all that the palettes are balanced and the media traditional – acrylic on board, screen prints et al. Drawings and ceramics of distorted wine bottles seem to tell us what Picasso already told us a century ago. And looming First Nation figures (of dubious political correctness) confuse an already relatively opaque visual vocabulary.

Perhaps this is all we should look for – irony backed by hard-hitting visuals – even if in playing with low and high culture, the high-brow seems to have had the last limited-edition-print laugh (available for purchase). But a closer look reveals these works have more bite to go with their bark.

In stretch after stretch of paint we can see the influence of the Vorticists, and of British pop’s Richard Hamilton – art that fused urban unease with slick modernist surfaces in hard-hitting vectors of force. In the work of Shames and Plummer, however, these high modernist spaces are transgressed. Scenes from the street intrude. Amid clean planar forms and fluid, facile painterly abstraction the homeless, the destitute and the drunk break in. Geometric forms that usually evoke the clean cities of the future instead morph and shape themselves into figures in distress.

At its best, Plummer and Shames show us social violence breaking into the painter’s studio. The bent wine bottle isn’t the formal game it is to Picasso, its social observation – blunt and wry. In some pieces satirical cartoon figures are even cut and pasted straight on to the paint. These artists may no longer have the same edge as their graffiti practice had, but there’s depth behind the flashy imagery.