Last week saw the culmination of one of the biggest hits in ITV’s recent history, as nine million tuned in to discover the killer of Danny Latimer in the sleepy seaside town of Broadchurch. Although it seems many tuned in to confirm their suspicions of Danny Latimer, given that odds were slashed throughout the preceding week on Joe Miller, the husband of Olivia Coleman’s detective.

This was the problem with Broadchurch, that even though it was such an intricately plotted eight-episode arc of gradually weeding through the suspects, against the backdrop of the family’s grief, we still had an extraordinarily easy chance of guessing whodunnit, matching Midsomer Murders and Lewis for their originality.

This is not to say that the writers make it deliberately easy, far from it. Unfortunately, the tired conceit is to make your audience each week (usually each 15 minute chunk between the adverts) think that the murderer is someone different. As the weeks wore on, we passed by the dad, the suspicious newsagent, Pauline Quirke in the caravan, Nigel, the vicar (in our house, the money was on him until they actually suspected him, by which time it was obvious it wasn’t him), until finally the only person capable of killing a boy, and launching a boat into the sea had to be Joe Miller

We, the audience, are entitled to a different solution, less original, where it’s not simply a process of elimination. This is the problem of the two worlds of British and Danish television colliding: let’s be honest, Broadchurch could feasibly have been billed The British Killing. The extended mourning of the family was what set Forbrydelsen and now Broadchurch apart from standard ITV dramas, yet juxtapose this with the need to find a convoluted solution that no-one can guess – when in fact this means everyone guesses – and one finds a difficult show to criticise, despite its clear shortcomings.

David Tennant and Olivia Coleman are fantastic as ever, particularly the latter, whom we really believed, even when the finale strayed into the barely credible concept that she had been living with mentally unstable, and potential paedophile, Joe, who is also raising her six-month old. Tennant, still looking uncomfortably gaunt and thin, brought empathy to a character who largely moped about and had little back-story to go on, in spite of the script trying to beef up his temperamental history.

But am I desperate to see Detectives Miller and Hardy solving crime again? Not particularly, which is why I felt angered at the final shot of the episode, informing us that Broadchurch would return. Why? The story has been told, now move on. I’d be more impressed with seeing higher quality scripts from Chris Chibnall (who did sterling work on the early series of Torchwood), than contriving further material from a murder that has been solved, and a family’s grief relatively resolved. Again, I’d much rather have more original drama from ITV in this vein, telling stories over several weeks and focusing on a close group of individuals.

Chibnall has stated that the next series will be very different – so what do we expect? If my thoughts are answered, that it is unrelated to the current Danny Latimer story, then what connection will it have to the town of Broadchurch at all? One might expect a murder on the cliffs in 1950s period drama, or maybe that Joe Miller is delusional, and in fact it was evil Nigel (why did he hold up that crossbow to the dog?). It seemed to me contrived that Tennant’s character admitted he had been to stay there on holiday as a boy only in the final episode, so we might see him getting into high jinks and japes in the 1970s.

Whatever the next series brings in late 2014, we must hope that the town does not morph into the coastal Midsomer, and the locals are mercilessly picked off one by one, until they final reveal that it was actually the dog the whole time. 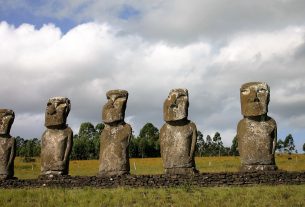 How does destruction breed creativity? 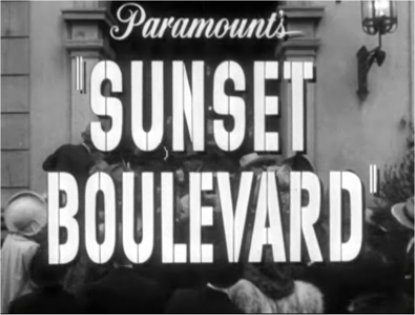