They told Hollande to “think of the children” during their anti-gay marriage protest… and then used their own as human shields after clashing with the police.

This is the true face of the media-friendly, mild-mannered anti-gay marriage pressure group “Le Manif Pour Tous,” whose orchestrated barrage of protests fell flat on their face earlier this week after the French ministers voted overwhelmingly in favour of LBGT couples being able to marry.

They had protested in the streets in their tens of thousands, drawing a crowd of almost one million to the Eiffel tower in March 2013. They had mandated the UMP – France`s own Conservative – to fiercely oppose the law at the National Assembly, which during one debate even resulted in ministers coming to blows.

Some even set up protest camps outside the French parliament, their small reservoir of tents bizarrely reminiscent of last year`s Occupy protests. They too were swept away by the government, when police forcibly removed protesters from the area – much to the ire of the anti-gay lobby`s chief spokesperson, the alleged Catholic comedian Frigide Barjot.

Yet they were, ironically,  representing what we now know unequivocally to be a minority opinion among the French people. In truth, the French have always statistically favored marriage equality over Catholic panic-mongering and an abstract sense of bemusement towards the nation`s current Socialist government, both of which dominated the protests of the last three months.

Indeed during the crucial parliamentary vote on the law, which took place last Tuesday, France`s new gay marriage policy was comfortably passed with a majority of 331 to 255. Six UMP ministers bucked the trend of opposing the vote, while one of them – a fierce  opponent of gay marriage in public –  pushed the wrong button and accidentally voted in favour of it.

But that does not mean the French battle  for marriage equality has been  an easy one. Just ask Wilfred de Bruijin, who  was savagely beaten in the streets of Paris after being spotted arm in arm with his boyfriend during the later hour of the evening. Homophobic attacks  have spiked in the days leading up to the French parliament`s vote, and even now that the deed is done, there are still concerns for the safety of gay and lesbian couples in the Metropole, who increasingly risk becoming a punch bag for its enraged, extreme-right inhabitants, who have started to multiply like bacteria ever since Hollande was elected in May 2012.

But ask anyone gathered outside the gay-friendly Marais district in Paris, to celebrate the new law, if all the trouble was worth it – it certainly was.

Indeed last Tuesday evening the town hall square was swimming with jubilant people – young and old, gay and straight and of course everything in between. News vans were lined up row upon row by the square as photographers scrambled to capture a picture of a gay couple kissing here, or women in wedding dresses embracing each other there. Cheers and cries of joy rang out across the streets through the hot summer evening and long into the night, alongside the perpetual popping of champagne bottles.

Meanwhile conservative students  on the opposite square of La Mairie set up an impromptu vigil which appeared feeble by comparison. They huddled cross legged in groups and nursed small bottles of beer, while a red haired girl in a wedding dress taped all over with posters for Civitas – a far right Catholic group in France –  wandered from group to group.

That small rival demonstration, however, was nothing compared to the backlash against gay marriage from organised right wing groups, which roared across the city from the National Assembly to the museum district of Les Invalides. From there, the largely peaceful demonstration became something  else altogether as a minority of attendees resorted to violence and spiralled off in all directions, leaving a stream of injured protesters, blasted by police water cannons and tear gas, behind them.

Among them were youths disguised in surgical masks and wearing leather clothes – they took on the riot police lines and even began attacking journalists who had rushed to the scene. The following morning mainstream groups opposed to gay marriage attempted to distance themselves from this spectacle – but the  damning photos were already widely circulating on the newswires. The damage had already been done.

The French government now claims that gay marriages could happen as soon as this June, provided that the finishing touches to the legislation go through smoothly. Traditional catholics and a vast number of the opposition have of course claimed they will do everything to prevent this. Some even hope to run in upcoming local elections with the sole policy of having the marriage equality laws thrown out.

Yet with its cause largely in tatters and its ranks beseiged by far-right extremists – more interested in taking down the President than unions and marriages –  only its inflated attendance statistics at protests give the anti-gay marriage lobby a modicum of credibility.  If anything Frigide Barjot and her motley crew of busybodies will be consigned to the dustbin of history, alongside those who opposed inter-racial marriage, civil rights for black people – indeed all other civil rights we now hold up as fundamental.

With this in mind one wonders what on the earth the next step for France`s homophobic masses will be – picketing gay funerals a la Westboro Baptist Church, perhaps?

Reclaiming the Jerusalem of the Past 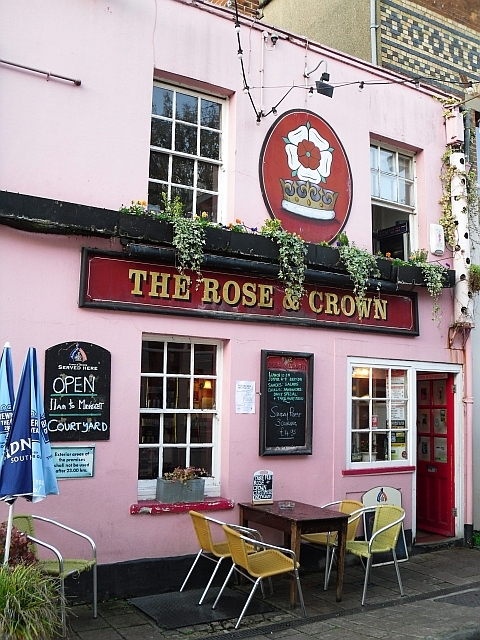 The Oxford pub crawl, week 4: The Rose and Crown