Flicking through Facebook I noticed an Oxford Tab post entitled “Oxford is the Worst Place to Battle Depression”. An interesting claim, I thought. I’ll read on. “Depression has nothing to do with privilege”: an obvious, if slightly boring, truth. You have me so far Tab.

Oxford is an odd place. Though we haven’t the figures, I am confident that the levels of anxiety and depression are higher here than the national average. But that is not because we are all at a loss for activities that do not involve some combination of sambuca and Discourse on the Method. It is precisely because there is so much to do, and so little time in which to do it, that students are subjected to so much pressure. Whilst they play cuppers or train for Varsity, rehearse for a performance or run their JCR, students must write two essays a week, spend hours in lectures or labs and sit exams each term, always in the shadow of finals. Oxford is an incredibly special place, but stroll down the high street at this time of year and you will feel the electric anticipation, dread and single-minded determination. That cocktail causes few to excel, most to struggle, and many to burn out altogether.

Back to the article: “Alcohol is a depressive, and for depressives solitary activities like reading quickly turn into “Hey, I hate life. Somebody hand me a bottle of Xanex and let me put myself out of my misery.”

Secondly, this is a gross misrepresentation of the feelings experienced by someone suffering from depression. Ask an uninformed person to describe what they think depression is like, and that is what they will say. Ask a person suffering from depression what it is like, and they will tell you that they read, they work, they cook, they walk and cycle, like anyone else. But – and this is what sets them apart from the rest of us – they have the courage to do all of these things with the terrible weight, the unbearable lethargy, caused by their illness. Imagine if, every day, just getting out of bed was a phenomenal effort.  If every time the phone rang your heart sank, and looking forward to tomorrow filled you with despair. If your concentration was shot, and deciding what to have for breakfast floored you. How would you write two essays a week? How would you sit exams every term? How would you cope with the additional stress of finals? This is why Oxford is a difficult place to battle depression. And this is why those who do it deserve to be recognised as the most courageous amongst us.

There was one claim that gave me pause for thought:

“These problems would be manageable if… it was socially acceptable to talk about your problems in Oxford.”

There is an important truth in this. For anyone who has suffered or is suffering from a mental illness, that illness is life-changing. Like any serious illness, it is exhausting, painful and leaves you emotionally and often physically vulnerable. That is bad enough. But you don’t get grapes and flowers and sympathy. You get silence.

During my third year I had a major psychotic episode that left me hospitalised. What I remember most vividly about returning to Oxford is the feeling of isolation. The episode had utterly upended my life, but neither I, nor my friends, mentioned it. Mental illness is strange and a little scary right? How do you go about asking someone “are you ok?”

One evening I met a boy who asked why I had rusticated. Fed up and momentarily reckless I replied: “I had a psychotic episode.” “Really?” said the boy, “that’s interesting. Tell me about it.” So I did. That conversation changed everything. Without it, I am not sure I would ever have had the courage to talk. Now, I talk comfortably and with confidence.

So, the answer is simple: you tap them on the shoulder and say, “You were away for a bit right? Are you ok?” They might sprint off into the distance. They might cry. Far more likely, however, they will smile, and say “I’m fine now thanks. It was a bit rough, but, hell, it’s taught me a lot.”

The article suggests: “Instead of rolling our eyes the next time someone is having a mental breakdown about an exam, we should listen to his or her problems.” Happily, this is not a response I have once experienced. I doubt it is one that the author has. Your peers are simply not discouraging, disparaging or dismissive.

All of this is why campaigns such OUSU’s Mind Your Head campaign are important – to help bring these conversations from the clinical into the social sphere. The Mind Your Head blog contains a series of personal accounts, each telling different stories, but all with the same important lesson: we feel the stigma most acutely in the perceptions bred by silence. It is socially acceptable to talk about your problems in Oxford. Try it.

And, please, sometimes, be that boy, or that girl, who taps someone on the shoulder and asks: “are you ok?” 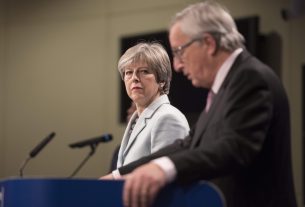 What is going on?! Your guide to the future of Brexit 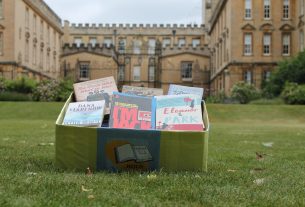