Professional pest control descended on Holywell Street on Monday, upon the discovery of a bees’ nest above the Alternative Tuck Shop.

Ruth Maclean, first year PPE student from St Johns, said: “I was walking down the street, when I saw a man who looked like he had dropped out of Apollo 13, intrepidly approaching the scene.

“I realized that he was in fact removing a plague of bees which had gathered around the Alternative Tuck Shop, and when I returned to the scene an hour later, all the bees had been removed apart from a single one crawling across the floor.” 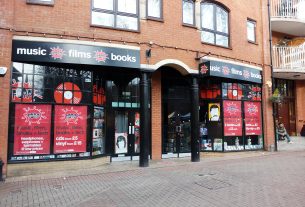