Normally, it feels slightly off to begin reviewing a film with the synopsis, but the plot itself is by far the least interesting aspect of Epic. A teenage girl who refers to herself as MK (voiced by Amanda Seyfried) visits her eccentric father, who maintains a detrimental belief in supernatural beings in the forest surrounding his house.

Despite her initial scepticism and frustration at his obsession, she eventually finds herself transported to the world of these beings, when their ruler Queen Tara (Beyonce) and her warriors (known as the Leafmen) are ambushed by powerful forces (the Boggans) who wish to see the forest turned to rot.  With the summer solstice drawing near, MK works with seasoned warrior Ronin (Colin Farrell), headstrong but promising rookie Nod (Josh Hutcherson), and several colourful characters to save the forest as she attempts to find a way back home.

This tale from BlueSky Studios (directed by co-founder Chris Wedge) does feel like a mishmash of elements pulled from several different sources – a bit of A Bug’s Life to start, some Pocahontas sprinkled in for flavour, and a dash of Avatar, all surrounding a nutty core, are used to create Ferngully.

But familiar plot devices are not necessarily a deal-breaker, since a well-trod story can always feel fresh if executed effectively – which this film had the potential to do, with some unique relationships and clever developments present throughout.  There are no issues with the visual world, for the computer animation does create some gorgeous perspectives and is actually benefited greatly by 3D rendering.  Even the voice acting, with a celebrity-filled cast you would not expect to emote well, is fairly effective.

Instead, what bothers me is the fact that children’s studios seem afraid to explore unique dimensions in their tales, opting for familiarity because they are afraid that something too new or mature will not sell well. Epic is a glaring, frustrating example of this.

Do we ever see the deceased mother get used as anything other than a cheap plot device in the beginning?  Spoilers are not an issue, it’s never mentioned again.  Is there a phrase that is overused for pseudo-inspiration?  Like the leaves on a tree, they connect throughout the film.  Do the writers default on why the Boggans want to cover the forest in rot, beyond their simply being evil?  In the synopsis itself, it calls the battle “between the forces of good and evil.”  By the time you get to Nod’s desire to be independent you’ll almost be able to count the plot devices on your hand.  Oh, and the comic relief side characters are the most aggravating ones I’ve ever seen: abrasive personalities, overestimating their own ineffective impact, with puns dispensed like there’s no tomorrow. You’ll want to douse every snail and slug you see in salt by the end.

This could have been a great manifestation of the expression “one man’s terrorist is another’s freedom fighter”.  Especially in a story all about the balance of growth and decay, in nature and in relationships, writing the villains sympathetically or presenting any backstory could have made this truly compelling.  But in the end, it’s much worse than a bad movie: it’s a bland one, not taking any chances or presenting anything new, demonstrating a failure to spread wings of creativity due to a fear of falling.  They opt for the worn-out, oft-tread path instead, so follow suit and rent one of Epic’s predecessors on DVD instead.  You won’t find any unique discoveries that justify this trek through the woods (or the corresponding, sky-high price of admission). 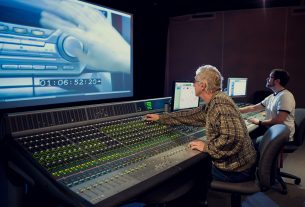 The Cannibal Valour of Bussy D’Ambois