Worcester students have expressed outrage at dramatic increases in rents and charges proposed by the College.

Students claim that the proposed rent increase of 8.6 per cent is significantly above inflation. Another rent rise of a similar scale was justified last year using figures which the students now claim are misleading.

The JCR has already accepted 15 per cent rises in hall food prices as part of the proposals, including a rise in the cost of formal hall from £3.70 to £5.

A straw poll in last Sunday’s JCR meeting revealed that students are unanimously, with just two abstentions, in favour of boycotting the annual fundraising telethon if College go ahead with the rent proposal.

A rent increase of 7.2 per cent above inflation took place at the college last year, and the Committee explained in a letter to the JCR that this was a “measure to deal with the poor state of College finances.”

The rise was justified using the figure that Worcester students paid rents 24 per cent less than that of the University median. This has now been disputed using OUSU figures included in the letter, which “indicate that over the last two years, no college has had an average rent of more than 12% below the median.”

The intent under the original figures was to hold three consecutive annual rent rises of approximately 10 per cent per year to bring Worcester rents up to the University median. However, JCR figures indicate that the current median undergraduate rent at Worcester is now just 3.76 per cent below the median, not the 24 per cent originally cited by the college.

The College still plans to go ahead with an 8.6 per cent rise in rent and utilities including inflation. This is despite JCR President Will Valori’s claim that “a 5.6% rise would get us about to the median level of rent across the university.”

Additionally, the JCR are calling for a change from the Oxford measure of inflation, the Van Noorden Index, to the “fairer and more transparently created” Consumer Price Index. They note that “whilst the CPI stands at 2.7%, the Van Noorden Index has historically hovered at approximately 5%.”

The JCR Committee claim that students could save £75 off the rent increases next year if the College switched the index they used.

Condemning the college, Environment and Ethics rep Rosie Ryan Flinn said: “Students are being made to pay for the faults of previous management – it is unavoidable that students will have to pay the price to some extent, but the burden currently being placed on the undergraduate body is unreasonable.

“It would be nice to think that the college will be swayed by the strength of the arguments we have on our side. I fear, however, that they will only be persuaded by drastic measures on our part to express how seriously we intend to fight our battle – boycotting the telethon, for example.

“It would be a shame, but the undergraduate body should be prepared to stand as firm as members of the SCR if they hope to achieve anything” added Flinn.

Also emphasising the potential rent increase’s effect on Worcester telethons, an anonymous third year said: “”If the college want to raise my rent again, I guess I’ll have to pay, but they can consider the extra money as a substitute for any alumni donations they expect me to make in five years time.”

Discussion in the JCR meeting also brought up the issue of SCR ‘perks’, such as free lunches and free parking, which persist despite prices increasing for students.

Flinn noted this was unfair “especially in light of the fact that no obvious commitments have yet been made by the SCR to do their bit, not to mention the fact that the figures initially provided by college were incredibly misleading”.

Additional acrimony was focused on the failure of College to fulfil promises made in return for last year’s rent increase. These include a pledge to reduce 0th week accommodation prices from £18.25 to £10 a night.

The JCR Committee claim that the college, “citing accounting problems… have not achieved this, costing some students almost £100 this year alone.”

Many highlighted the fact that because student loans are fixed payments and do not vary with inflation, the rent rise will leave many students poorer in real terms. The JCR claim that proposed rises could leave students £432 per year worse off.

JCR President-elect Alfie Hinchcliffe expressed his concern: “A rent increase that puts termly battels above student maintenance payments will price many out of rooms.”

He emphasised: “My main concern is about access. This means that existing students may be forced to move out, damaging the Worcester community, and will dissuade applicants from poorer backgrounds from applying here.

“Given Worcester’s already relatively poor bursarial system, and now proposed rent increases that would make it one of the most expensive in Oxford, it runs a serious risk of alienating these potential applicants who will have to apply to a more affordable college that offers better value for money.”

Some students also noted the fact that potential applicants should be made aware of how much rents are likely to increase year-by-year- something which is now in a state of uncertainty. They also highlighted the fact that students have already committed whether or not to live in college next year and thus are unable to move out if rent increases are unaffordably high.

Such worries were echoed by other members of the JCR, with the main Committee letter citing the potential damage to College life, with a danger that more students would opt to live out if the rents rise further: “Worcester prides itself on possessing a friendly and inclusive atmosphere. If a significant proportion of the undergraduates opt to live out rather than in, we are at a real risk of losing that.”

Negotiations with the College regarding rents are still ongoing.

I PSY shambles at the Union 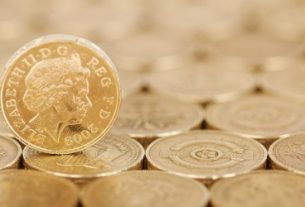