At around 12.30, St Hugh’s students were denied access to their rooms, and around half moved into the college hall, whilst the first controlled explosion took place, around 50 minutes later.

The package was found close to the college’s Maplethorpe building, adjacent to the President’s Lodgings.

Whilst police and a bomb disposal squad were at the scene, onlookers said they looked calm, and appeared to be working through a standard procedure, and students have reported that armed police officers are currently securing the perimeter.

The nature of the suspicious package has not been revealed to students, as according to the college’s principal, it could be used to trace the culprit.

The incident has led to chaos for those preparing for exams, as students have been unable to gain access their rooms to change into subfusc.

There are conflicting reports as to which parts of college students are allowed access to; in particular, it is unclear whether students have been evacuated from, or confined to, the college library.

Students have described the general mood in college as calm, but aware that safety measures have to be followed.

One piece from perfect 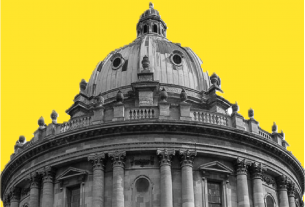