Recently, the virtues of confidence and intellectual ability have gained steam amongst the human species and presented themselves as the new ‘go-to’ traits when seeking a sophisticated, modern relationship. Unfortunately, this fact is lost on many a young man who instead paints himself as the modern incarnation of the hulking troglodyte of old, who seeks to impress the opposite sex with big muscles and (invariably) small talk. The role of the alpha male is changing, and the modern man must change with it.

In social animals, the alpha is the individual in the community with the highest societal rank. Dependant on species, the alpha can be of either gender, though within the scope of humanity the role seems almost exclusively reserved for males, and tough ones at that. In our modern, enlightened age, mankind is faced with the imposing shadow of old-fashioned, conventional masculinity. It threatens to undermine the very fabric of the male psyche, with the insipid stereotype of an alpha male poised to undo the good work of activists the world over in convincing young men that they should be brash, brutish and unruly rather than calm, composed and kindly.

‘Alpha’ has become something of a buzzword for the modern man. To him, it means strength, leadership, dominance. He is unaware that to be truly great a man requires traits far beyond the physical. A strongman is not necessarily a strong man when personality comes in to the equation; strength of character (clichéd as it may sound) will eternally best its corporeal equivalent. I feel here a distinction must be made between the alpha boy and the true alpha male. The former is loud, pushy and full of himself. He feels that with enough simian puffery and braggadocio he can win over women, women that he has told himself will respond to his seemingly antisocial behaviour with a mixture of wonder and excitement. He swaggers into a bar with high hopes and no qualms, content in the (superficial) knowledge that he is a big man.

Of course, he’s thoroughly underestimated the intellect (and indeed the good sense) of the sophisticated woman. She is not looking for the man who hides his insecurities behind a cloak of false confidence, but a man who has faced his issues head on and come through a stronger, wiser character. This is the alpha man: he walks with poise and chooses his words carefully. He is cerebral, and needs not the attentions of the masses to cement his self-worth. He is able to guide and – much more crucially – to listen, evoking an air of power that no busting, sarcastic loudmouth could ever hope to achieve. Substance is his bread and butter, and his surfaces mask considerable depths.

Unfortunately, the stereotype of the alpha boy has led many an actual boy to be wrongly indoctrinated by his friends, family and contemporaries as he tackles the adolescent whitewater of teenagedom. He is told to grow up big and strong, and too often the virtues of confidence and balance are neglected. He looks out for number one and feels the urge to win, to succeed, to conquer. This manifests itself in a tendency to put others down to elevate his status, a childish concept that has of late leaked into modern ‘manhood’, which for some women has cast aspersions on our entire gender. A secondary effect of this is the unwillingness to make a mistake, to really push the boat out. An alpha boy is unable to evolve, and cannot woo friends or partners with the promise of development. He is stuck.

The alpha male is his own man. He experiments, and is unwavering in his tenacity and vim towards all aspects of his life. He remains calm, and most importantly knows himself. The modern age is crying out for the real alphas to show themselves and put myriad young upstarts in their place. In a world wracked by breakneck development and rapid change, the alpha boy must alter himself or risk being left behind. We as a people should strive towards making our sons, brothers and partners into better men for a better world for us all. 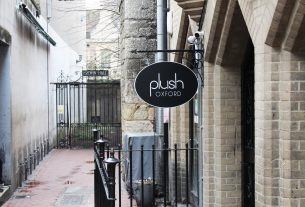 OUSU to throw the book at exam regulations