I felt compelled to write this article upon seeing the publicity for the new Paul Feig comedy, The Heat. Feig, hailed by one liberal-minded broadsheet as “Hollywood’s accidental feminist”, was the director of Bridesmaids, and co-creator of Freaks ‘n’ Geeks, a cult 90s sitcom that shot Judd Apatow (Superbad, The 40 Year Old Virgin, Pineapple Express) to fame, subsequently bringing about that whole Seth Rogen, James Franco stoner-comedy thing.

Feig’s feminist angle is to have female lead characters in comic roles typically dominated by this canon of male actors. Where Knocked Up has Rogen, Jonah Hill etc. lounging around smoking weed and getting all the gross-out laughs, Bridesmaids inverted the trend, with Mellissa McCarthy debasing herself for comic effect and proving that ‘gross-out’ humour is not gender-specific.

To some extent, this was genius. Feig’s work challenged existing Hollywood gender paradigms and proved that women didn’t always have to play the ‘straight man’ (pardon the gender-confusion in that turn of phrase). Where, in The Hangover for example, women are typically seen fretting about the wedding while the men are hell-bent on having fun, Bridesmaids used that most feminine of devices, the wedding movie, to tip the balance of comedy back in favour of women, disproving Christopher Hitchens’ misogynist aphorism once and for all: women are (or rather, can be) funny.

Upon seeing the trailer for The Heat however, I almost spat out my mixed blueberry-strawberry Tango Ice Blast. This seemed to take the Feig formula so gracefully expounded by Bridesmaids, dilute it and, essentially, make it really shit. It was Sandra Bullock and Melissa McCarthy acting opposite each other in a formulaic buddy-cop movie, where the main joke seemed to be something like “Ha! Look! It’s women doing stuff men should be doing!”

Dutifully, I went to see The Heat to check whether my initial prejudices were accurate or not and fortunately they weren’t; at least not entirely. I wouldn’t describe the film as a classic, but it did have a smattering of belly laughs and convincing lead roles whose character arcs were interesting and engaging. It also had all the trademark ‘funny sideline’ characters that are such a staple of modern comedies. Like ‘Tazer Kid’ in The Hangover, ‘Albino police officer’ and ‘Lecherous man in club’ provided some great moments.

So The Heat did not represent the decline of his masterdom after all, but I would still hesitate to say that Hollywood has found a sort of feminist saviour in Feig.

Like an awkward Year 6 disco with a girl/boy split right down the middle of the gym, big-budget comedies still largely feel the need to separate out ‘male’ from ‘female’ humour, and while this may be a question more of demand than supply, I still feel like there’s potential for more integration of male / female cast-members. Films like This Is The End still give off the aura of one big ‘boys’ club’ and the response to this seems to have been to create an equivalent ‘big girls’ club’. There’s obviously a place for comedy based on gender-specific parts of life, and the near-universal appeal of clever films like Bridesmaids is testament to that, but I still feel that a film with a mixed cast of funny people should be the next step for Apatow et al.. 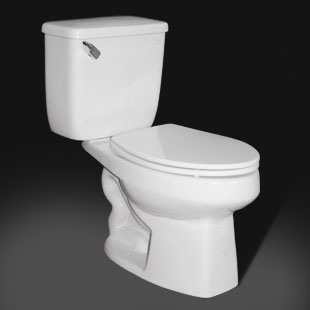 All You Need Is Lav: A Brief History of the Toilet in Cinema