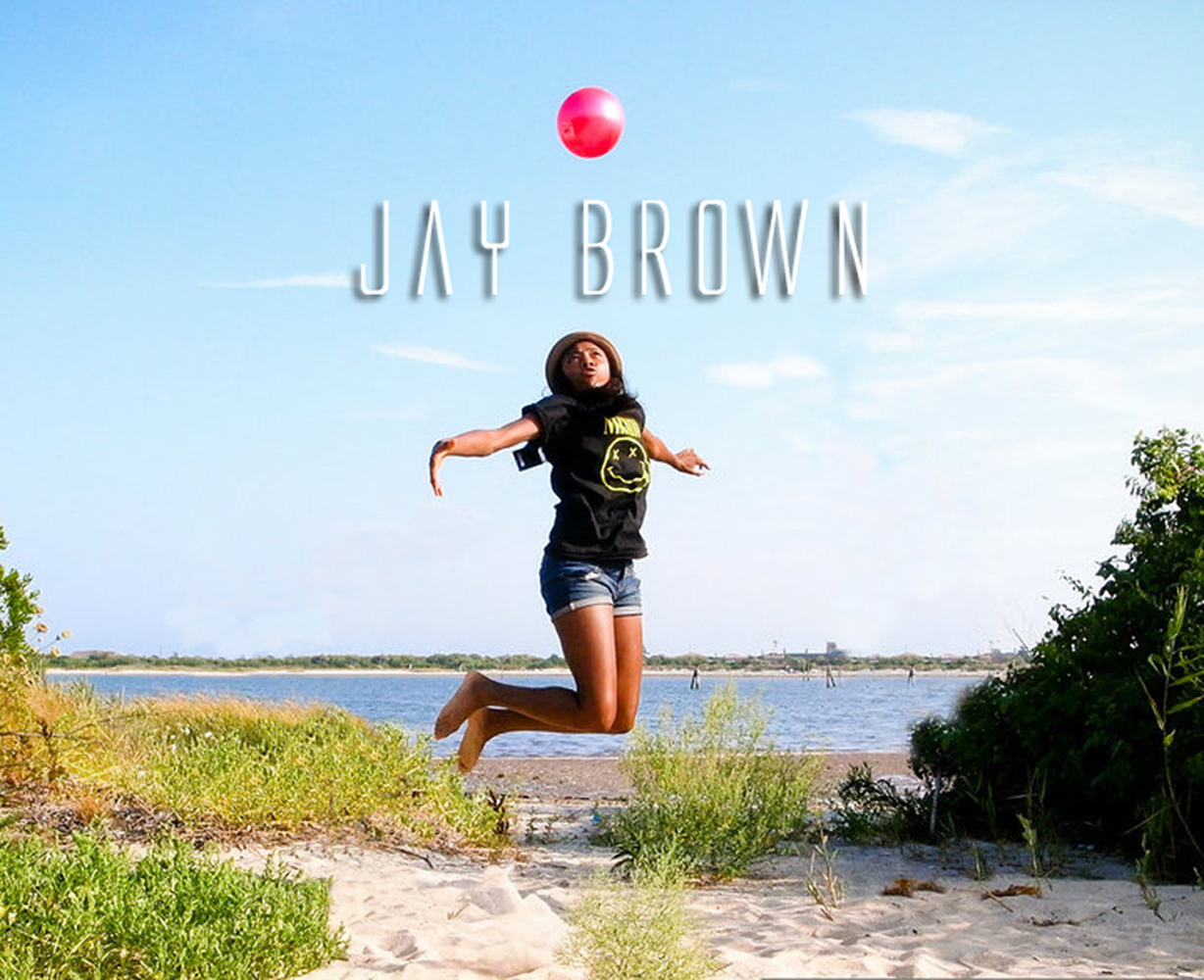 Jay Brown is ticking all the correct boxes to be crowned indie’s ‘next big thing’. Jay has just played Glastonbury for the first time, her new single Keep Talking has been playlisted by BBC Radio One and she starts work starts on her debut album next month.

For those not in the know Jay Brown is a singer/songwriter from Northampton who writes her own songs based on experiences she has shared with friends and family. “The songs are honest stories: she explains “I don’t want the songs to be too depressing though, life has a lot of humour and I try to include that in the lyrics.” Jay’s infectious sense of humour shines through the songs that have an undeniable indie electro flavour.

However, to label Jay’s style is something of a challenge. When I ask Jay to do an iPod shuffle the results are truly a mixed bag including the latest Phoenix album, Ratatat, Bjork and Eminem’s Slim Shady that Jay “is really loving again for some reason!” By her own admittance her music tastes are eclectic and the reason for this, she suggests, lies in the types of music she was introduced to as a youngster. “Growing up I was a real metal head; I listened to a lot of alternative and metal music. Sikth, System of a Down, Metallica and Incubus.” In complete contrast Jay also cites country music as a key musical influence, “it’s because of country music I like to tell a story in my songs.”

Jay is just one member of a very musical family. “My family force-fed me reggae.” Jay’s older sister was “always listening to soul and R&B.” Jay’s little sister is currently on the Hairspray tour and her brother played drums with her in her first band, Memphis. “There were a lot of contrasting soundtracks in one house and that reflects itself in my sound.” Because of this Jay doesn’t view music as a job but more as a way of life and states she “feels no pressure” when writing music.

Talking to Jay it is clear she is a songstress who is determined to perform her own material in her own style. There is no chance of her attempting to get a quick showbiz fix through appearing on The Voice of The X Factor. “Writing and performing are a craft. I think something like The X Factor is the opposite. You don’t get the chance to polish your performance, to learn from your mistakes. It’s hard work but it’s good to feel like you have earned something when you start getting it right.”

And Jay is getting it right. She has just performed on the BBC Introducing stage at Glastonbury and is starting work on her debut album. Jay’s big Glastonbury break came about when she uploaded her new single Keep Talking onto the BBC Introducing site. It immediately received airplay locally on BBC Radio Northampton. “A guy called Lal Muttock supported it lots and sent it to London and then it got playlisted on BBC Radio One!”

Like all of Jay’s work Keep Talking has it’s roots in real events and real people in Jay’s life. “The song was inspired by an argument I was in with someone a long time ago. I remember going to my bedroom and being angry and feeling like that anger was building to a peak. I started to write the song and it calmed me down. The lyrics are actually quite confrontational but when I produced the track with Mark Crew the vibe was actually a lot more positive. Out of anger there came a lot of joy.”

The video for Keep Talking is jam packed with pop culture images and movie clips. For Jay the visual is of critical important. “Today you can’t put out a song on its own and that, in one sense, saddens me. You need a visual, you need a complete package to connect and convey what you what you want to say. And then you need to use Facebook and Twitter to promote that package. The video for Keep Talking is like a collage with a lot of different images taken from movies I love, including Mr. Bean! It brings out the humour in the lyrics.” As well as experimenting the visual in her videos as she begins to play to larger crows Jay also wants to enhance what people experience at her gigs. “I’m interested in using projectors to screen images and clips to enhance the live experience.”

Oxford gig goers will get a chance to catch Jay at the Gathering festival in October. As well as upcoming live dates Jay is also off to Spain to record the video for her next single Video. “Most excitingly though is the fact I’m finally getting into the studio to start work on the album which will be out next year. I cannot wait.”

Sounds from Coast of Silence