Along with action blockbusters, the horror genre is probably the one which gets accused of stagnancy the most; the perception that films are only greenlit if they follow the money-making cinema trends is a popular one, and a largely correct one. Franchises like Paranormal Activity stretch on past their welcome, but still inexplicably turn profits. Thus, it is extremely invigorating to leave a screening of a horror film exhilarated an experience that does not feel overly derivative, but instead uses horror tropes to set up a thrilling and unpredictable second half. You’re Next is a film in the blueprint of Cabin in the Woods, turning expectations around to great effect, but where that film went all-out with science fiction to illustrate the absurdity of modern horror, You’re Next stays within its more credible world. Instead we get a seemingly traditional horror film which merges into a thriller as the victims do no concede defeat easily.

The film opens with the murder of a man and his female companion in a remote country house, to a grimly cheerful soundtrack on the stereo. The killers, dressed in animal masks, splash the title on a window in blood as a message, and the scene cuts to the gathering of the neighbouring family to celebrate a parental anniversary. The gathering is slow, and each pair of adult offspring arrives just as the tension of obvious surveillance by the killers is notching up – but the real meat of the film begins once they are all assembled. The animals attack, and from there the film quickly demonstrates the conventions it is ignoring.

The major strength of the film lies in its central character Erin, played by Australian Sharni Vinson, the girlfriend of Crispian (A. J. Bowen) one of the sons. When the attacks begin, she is immediately capable and sensible, making decisions and taking the lead to try to preserve everyone’s lives. As the animals get more brutal so do her acts of revenge, and by the end she is a formidable sight. If the horror genre is one which can feel stagnant and commercialised, it must also surely be praised for the prevalence of strong female leads in its films (ignoring the subtleties of why they feature more often).

Another comparison between You’re Next and Cabin in the Woods comes in the black humour which pervades both films. You’re Next takes a far softer approach to this, with fewer actual jokes and one-liners, but is very willing to greet characters’ stupid ideas with silence and implied tumbleweed. There were laughs of actual comedy as well as the usual nervous, post-scare chuckles and disbelieving giggles at the gore.

You’re Next is rigorously entertaining, and a worthy addition to the growing core of horror films which choose to disassemble and address the weaknesses of the tropes and formats which are growing predictable in more mainstream efforts. 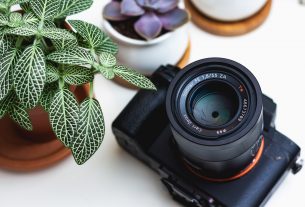 Maureen Johnson: “I want a ghost who messes things up”