‘Her little world was phantasmagoric—strange shadows dancing on a sheet. It was as if the whole performance had been given for her—a mite of a half-scared infant in a great dim theatre’.

Scott McGehee and David Siegel’s adaptation of Henry James’ What Maisie Knew relocates the story in both space and time. Nineteenth century London gives way to contemporary New York. The plot shifts significantly but the heart of the tale remains intact. In the film, Maisie (Onata Aprile), the daughter of ageing rock star Susanna (Julianne Moore) and art dealer Beale (Steve Coogan), has to navigate the consequences of her parents’ separation and face their inability to see her as a person, rather than an object they feel obliged to fight over.

Henry James’ novel focuses on the cruelty of divorce, which leads to Maisie being ‘divided in two’ with ‘the portions tossed impartially to the disputants’. The film, instead, draws upon another aspect of the original text, which is its careful attention to the child’s feelings and point of view. It records Maisie’s descent into the dark world of her parents’ conflict and her experience of the injustice and hopelessness resulting from being at the mercy of other people’s often irresponsible and selfish decisions.

The film is full of moments which feel like distant childhood memories. Maisie’s impressions of the world are distinct and strong but do not always result in rational understanding. Her vision persists in a hazy, dream-like quality she’ll only manage to dispel years later. The film makes it clear, however, that both Maisie, and children in general, do have intuitive understanding of their environment. They might have a different type of perception than adults but it’s not any less acute, and may enable deeper insight. The film captures the distinct feel of being a child surrounded by an adult world. This is its great accomplishment. This world seems separate and alien but, at the same time, couldn’t be more familiar.

The impression of the overall situation is presented through a collage made up of what Maisie hears and observes. The shots of Maisie and her mother emphasise the importance of Maisie’s position. The frame often shows the girl in long shot but cuts Susanna at her waist. The mother and daughter have different concerns, their perspectives diverge. The film focuses on Maisie’s point of view because it’s fresh, open and allows her to look at the world while being unseen. She observes the interactions between adults with an almost anthropological detachment. She is allowed to see more because, as a child, she is excluded from the ‘knowing’ perspective of adulthood.

Because of this divide between the worlds of children and adults Maisie is often objectified and treated like a doll which can be passed from person to person, without any consideration of her feelings. At first, it is only Susanna’s new husband Lincoln (Alexander Skarsgård) who notices Maisie and treats her with genuine love and respect, causing Maisie to gravitate towards him. Margo (Joanna Vanderham), Maisie’s nanny and Beale’s new wife, soon joins Lincoln in his attempts to offer Maisie a real childhood.

The film challenges conventional representations of divorce, showing it as an opportunity for a positive change in Maisie’s life. It also treats her with great respect and understanding. Aprile brilliantly portrays the wisdom of a little girl, the strength of her survival instinct and intuition, her ability to love and care, and her willingness to forgive the unforgivable and move on without regrets. She skilfully presents lessons that adults should learn from children. In contrast, the damaged and lost Susanna is an end result of the deterioration of a failed adulthood. Moore gives the character real depth and turns Susanna’s infuriating failings into a depressing reflection of her fear and hopelessness. It’s a haunting and convincing performance, which adds to the film’s memorability.

The story is very moving, intelligent, well-balanced and thought-provoking. Despite the superficial impression of a happy ending, the film’s conclusion is far from straightforwardly positive. It establishes a stability which can and possibly will be lost, making Maisie’s joyful moments feel fragile, beautiful and bitter. Her ideal family is borrowed and, very likely, temporary. She is not, however, just a passive victim of the events around her. She knows and feels more than her parents.  It is the fate of this ‘patient little girl to see much more than she at first understood, but also even at first to understand much more than any little girl, however patient, had perhaps ever understood before’.

Molière moves to Corpus with the aid of a Liverpudlian 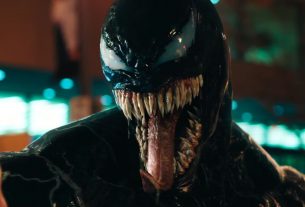 Writing by Numbers: A Review of Venom