It was a story that slipped under the radar. As Premier League clubs concluded a summer of spending that totalled £630m, 29% up on the equivalent 2012 figure of £490m and £130m more than the previous record of £500m set in 2008, a 141-year-old Northamptonshire side were poised to go out of business with debts almost 10,000 times smaller than the amount spent by those in the top tier of English football.

The juxtaposition could not have been greater, and demonstrated clearly the ever-expanding gulf that exists within our national game. While Manchester United spent £27.5 million on Marouanne Fellaini, a player who they could have bought for £3 million less a month ago, Kettering Town were issued with a winding up order over £70,000 of unpaid debt.

Kettering’s story is not an uncommon one: two years ago the club were in the Conference, but a series of financial failures saw them drop from the fifth to the eighth tier of English football within one season. They were forced to leave the Nene Park stadium in the autumn of last year when they could not afford to pay the electricity bill.

So, while Jim White exclaimed and gesticulated on Sky Sports News, fans of the side known as the Poppies were left to consider a future without their hometown club. It is indicative of the chasm that separates the upper and lower reaches of football that an entire club can be wiped out –with all the job losses that accompany it  – over an amount that Wayne Rooney or Yaya Toure can earn in just three days. Just stop and consider that.

Kettering may technically be competing in the same sport as the Manchester clubs, but in reality they are galaxies apart. Last year, for example, a crowd of only 304 witnessed Kettering fall to a 7-0 defeat, in a match in which they could only field ten men, including a goalkeeper playing outfield. Their caretaker boss, Alan Doyle, was in tears. “If I could tell you a solution I would, but I can’t see a way forward.”

What is more depressing – even more so because it is an area where football mirrors society – is that the loss of Kettering will barely register as a blip on the radar of the vast majority of football fans. Football has found itself in the midst of a vicious spiral, one drawn out by the huge investment in the game by the likes of Sky, whereby the higher exposure afforded to Premier League clubs by the media draws even more fans away from lower league sides, towards the Premier League, which encourages even more investment at the top. This draws even more revenue away from those at the bottom. Considered logically, situations such as that which Kettering find themselves in are a natural culmination of the dramatic way in which money in football has been concentrated more and more at the top.

In this way, football is perhaps the perfect example of an aggressive neo-liberal approach. It is almost the ultimate meritocratic, ruthlessly individualistic sink-or-swim business. The best players – Rooney and Toure amongst them – get paid the most, far more than they need to live a comfortable life, but a figure apparently justified by the revenue they can bring into the club, whilst players who aren’t as good get paid less. Better clubs thrive, get bigger sponsorship deals, and in effect become “too big to fail”, whilst smaller clubs stay small, trapped by the cycle of investment that excludes them from any hope of upward mobility. This is justified by the return that such investments can give those investing their money, but ignores the unquantifiable romance that accompanies following one’s hometown club, no matter what the standard. Unquantifiable romance used to be an area where sport led. No longer.

The tragedy, however, is that nowadays investment has been so keenly identified as the key driver in football that even talent has been relegated to second place. Manchester City did not win the Premier League because they had a responsible business model based upon developing the best local players possible: it was solely a result of outside investment. Kettering’s fall was a result of this pressure to grow in order to survive – in 2011 they left Rockingham Road, their home since 1897, and moved to Nene Park. Now, it is the unpaid rent for Nene Park which, it looks like, will spell the end for them.

Of course, much like Sky Sports News’ 24-hour coverage, football will go on with or without Kettering. But as we look back on a transfer window in which a joint bid of £28m Fellaini and Baines was described as “derisory”, and Arsenal fans complain about the £50 million of unspent money despite smashing their transfer record on one of the world’s most talented players, spare a thought for Kettering. Because, in all likelihood, no-one else will. 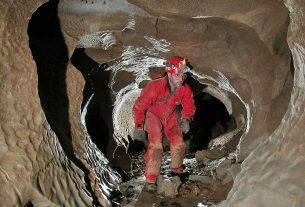 Derby joy for Rubenstein and Trinity