Beneath the arid Turkana region of Northern Kenya slumbers a vast water resource that could, if used efficiently and effectively, supply the country’s people with water for seventy years. The sheer scale of the enormous aquifer brings hope to a drought-hit people and has been called a ‘game-changer’ for the country according to UNESCO’s Abou Amani. Its recent discovery was greeted with gracious optimism as well as significant scepticism and provides a once-in-a-lifetime opportunity for Kenya’s government to make a grand statement of intent and build a better country for the next generation.

It is not uncommon to hear people speak of Africa as if it were a single, vast nation, packed with incapable inhabitants and corrupt politicians. In reality, Africans can be as different as Swedes and Turks, and to label every African as inane and short-sighted would be doing the educated population of the continent a great disservice. Nevertheless, this outdated approach has spread to discussions over the repercussions of Kenya’s discovery, with many a critic claiming that the aquifer can lead only to negativity and strife.

It’s a future worth considering: it’s entirely possible that the resource results in enough water for the rich to live comfortably, leaving the poor to fend for themselves. Little changes and the country continues on much the same path as it had before. Alternatively, aquifers like Kenya’s Rhode-Island sized behemoth skyrocket in value and perceived importance (though it is hard to see why that which is essential to life falls below shiny rocks in the African pecking order, such are the ways of the African economy) and war ravages the already stricken nation. These ‘blood lakes’ result in thousands of deaths and the aquifer is dry within a decade. These harrowing circumstances look to us in the Western world all but inevitable, given what we think we know about Africa and its people. The sheer number of ‘African breakthroughs’ that have come to nothing is staggering, and this situation in particular seems a little too good to be true. To us, it seems likely that this will be yet another false dawn for a broken continent, doomed to end in disaster.

There is, however, another possibility. If the newly technocratic Kenyan government can find it within themselves to put tribal disputes and childish greed aside long enough to ensure that good management is in place for the Lotikipi project, the results could be monumental for Kenyans everywhere. Most Kenyans will agree that the corruption of yesteryear is on the wane, and the current cabinet comprised of the right men and women for this incredible job. The ministries are dotted with field experts and forward-thinkers, eager to dissuade predatory investors and cement the future of their country before anything else. The transformation of a forgotten corner of Kenya would be just the start; with projects like 2013’s Trees for Zambia campaign providing local inspiration to found a reforestation programme along the fringes of the Chalbi desert, the government needn’t look far to see just how vital a resource their aquifer could turn out to be. Both biodiversity and agriculture would benefit enormously from such an enterprise, and with well over half a century to brainstorm the Kenyan government has no excuse for failing to incorporate more schemes like it for the benefit of their population.

In this instance, Kenya’s gain is Africa’s profit. There are (quiet) rumblings that the same system that found this water could be used in other African countries before too long, with carefully worded briefing documents insisting that “the system’s potential can’t be overstated”. Aquifers like this one could be the key to Africa’s redevelopment, resurrection and renaissance, something all of us can drink to. 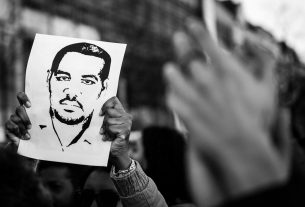 Citizen Trump: The parallels between Citizen Kane and Donald Trump