Another summer, another round of training contract applications. Such is the beauty of life for an Oxford law student. No sooner has the last post-bop hangover of the academic year subsided are lectures, tutorials and essays traded in for vac schemes, psychometric tests and interviews. Friends of mine, fizzing with intellectual and extra-curricular achievements and strolling proudly in their scholars’ gowns down a one-way street toward a first class degree, like countless other bright young things, end up nursing letters of rejection. This time, they didn’t make the cut. So why, when faced with thousands of glowing applications from the morally astute, bright-eyed, would-be lawyers of tomorrow, do City law firms such as Clifford Chance accept candidates such as the City Lad star of Cherwell TV’s Shark Tales? It’s nothing short of baffling.

As both a law student and a student journalist, the broadcasting of the interview with City Lad on Shark Tales (see below for the full episode) inevitably engaged my moral compass. Those familiar with the footage will remember City Lad’s ominous closing slur, a line worthy of any cliff-hanger in a long-running soap opera: “I refuse my consent for this to go on the internet and I will sue you if you put it on.” Hilarious, yes. But also troublesome. Legal technicalities aside, The Cherwell was faced with the ethical decision of whether to respect City Lad’s revocation of his consent – both on film and via email in the days that followed – or to give their viewers a cheap laugh. Regrettably, they chose the latter. Now, with City Lad facing disciplinary proceedings at Clifford Chance, we see the human price.

The ‘Oxford bubble’ is a peculiar thing. Like the Great British weather, Wahoo on a Friday night and – dare I say it? – Miley Cyrus, we all love to hate it. Yet displaced and disengaged from ‘the real world’, it is all too easy to forget, ignore, or downplay the human impact of our actions – an impact that traverses the frontiers of the microcosm that is Oxford and reverberates throughout the outside world. Speaking to The Tab, Shark Tales host Toby Mather commented on the incident: “I do feel sorry for [City Lad] to some extent, but people in jobs should be aware, even more than students, of the damage their actions can cause.” I sincerely hope that the irony of his statement was not lost on him.

If anything, the parable of City Lad ought to serve as a wake-up call. An online series which – by the admission of a previous Cherwell editor – exists with the predominant purpose of encouraging Oxford students to embarrass themselves for the world to see, ought now to be placed under the microscope.

First, it is prudent for us to question whether the benefit of the programme justifies the damage it has now been shown capable of causing. More importantly, we must probe whether the policy implemented, no doubt in between Twitter posts and coffee runs, in deciding who ought, and who ought not, to be humiliated, is a satisfactory one upon which to rely when there is so much at stake. As Tom Beardsworth, former Cherwell editor, admits, it is a student on “a quasi-judicial pedestal that, ideally, a twenty or twenty-one year old shouldn’t be on” who wields the ultimate power in deciding who will, and who won’t, suffer for their sins. Playing judge, jury and executioner may suit The X Factor, but is it really a procedure we wish to translate to a community that prides itself on its democratic and progressive attitude? And, as has been noted, in a perverse twist, the very worst of Oxonian specimens – those who exhibit racist, misogynistic or violent behaviour – are graciously spared the limelight. On this view, City Lad’s only real failing was not to betray the most repugnant of human characteristics. Had he done so, we would not be having this debate.

As it stands, City Lad’s training contract with Clifford Chance – which is to a lawyer what, say, a Chanel handbag is to an Anna Wintour-in-waiting – may be terminated. His reputation, deeply tarnished. True, your heart doesn’t exactly bleed. But surely our latest cameo star pulls on its strings just a little bit? I mean, it is not as if he undermined years of university-wide access and equality work by condoning the objectification of women as sex objects or by drunkenly, ignorantly, and embarrassingly claiming that homosexuality is a sin. If anything, City Lad’s cameo was rather PG in comparison to his fellow co-stars. Much more Courtney Stodden than Pamela Anderson.

Moreover, we are forced to ask whether Clifford Chance are taking disciplinary proceedings because they truly believe City Lad’s views are at odds with their principles, or simply because the firm has to be seen to be taking action. We would, of course, hope that it is the former; however, we cannot rule out the possibility that the latter is the case. I wonder, for example, whether Clifford Chance ensures that it invariably acts for the participant in legal proceedings who occupies the moral high ground? Perhaps – just perhaps – City Lad’s securing of a training contract with the crème de la crème of City law firms is not quite so baffling at all. Perhaps the real mystery here is why Clifford Chance are undertaking disciplinary proceedings against City Lad, when the firm’s own internationally renowned unfair dismissal team could no doubt successfully defend him on any given day of the week.

Ukraine and the shaky road to democracy 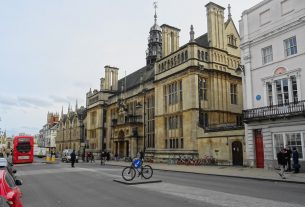 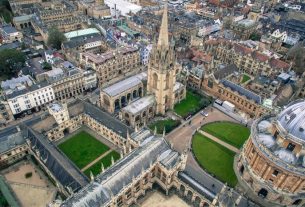