With the supercharged Boca Juniors vs River Plate derby taking place this weekend, The OxStu takes a look at some of the fiercest football derbies on the planet. As always, feel free to join in the debate by commenting in the box below.

The match known as El Superclasico isn’t for the faint-hearted. Top of The Observer’s list of “50 Sporting Things You Must Do Before You Die,” this match pits Argentina’s two most popular teams (in terms of percentage of a country’s population, Boca is the most popular club football team in the world) against each other. There is a clear social undertone to the rivalry: both clubs were founded in the working class area of Boca in Buenos Ares, but only Boca Juniors remain, River Plate having moved out to the suburbs. Last May, the match twice had to be delayed because of crowd trouble: blue and yellow flares were let off and fans climbed the fences, while security forces reacted by firing water cannons.

First contested in 1888, the Old Firm is the oldest derby in world football, and has deep roots in the long sectarian history of Glasgow and Scotland. Traditionally, Rangers represent the Protestant, Scottish establishment, with Celtic representing the Catholic Irish contingent of Glasgow. An activist group that monitors sectarian activity in Glasgow has reported that on Old Firm weekends, violent attacks increase ninefold over normal levels, while a number of crowd incidents, most notaby an on-pitch battle between fans in the aftermath of the 1980 Scottish Cup Final, mean that the possibility of an Old Firm title decider has been deliberately avoided.

The only fixture on this list not to feature two teams from the same city, this rivalry is no less intense because of it. If anything, the distance between the sides has only increased the animosity between the two, with Barcelona fans fiercely proud of their Catalonian heritage, with all the history of anti-Castile sentiment that that involves. The rivalry was increased during Franco’s reign, when the president of Barcelona was arrested and executed without trial by Franco’s troops, while Barcelona was on top of the list of organizations to be purged by the National faction, just after communists, anarchists, and independentists. In recent years this match has also been the occasion for an exhibition of the world’s most talented players, but none of the intensity has been lost, with people voicing concerns that the rivalry between the two was risking creating divisions within the Spanish national team.

The Derby Della Madonnina, between the two Milan teams, has the added spice of both sides sharing the same San Siro stadium – not that that has stopped reports of opposition fans urinating on each other. Initially one side, issues over the signing of foreign players led to a split and the foundation of Inter in 1908, and the rivalry, fanned by the notorious Italian ultras, has been intense ever since. In a Champions’ League quarter-final tie between the two in 2005 AC Milan ‘keeper Dida was hit with a flare, while most recently games have been marred by racist chanting.

This match, between Turkey’s two most successful, and most popular, teams, not only divides a city but also a continent, with the two sides sitting on opposite sides of the Bosphorus in Istanbul. Relations were already strained before riots during a friendly in 1934 forced the match to be abandoned, and things haven’t improved since. As recently as May a Fenerbache fan was stabbed to death by two Galatasaray supporters after the derby, while in 2012 hundreds of Fenerbache fans took to the streets after a goalless derby had handed Galatasaray the league title. 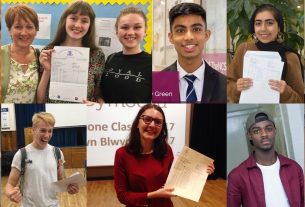