At the beginning of this new academic year, let’s all breathe a sigh of relief, safe and sound, having survived the summer. As the crisis over the use of chemical weapons in Syria escalated, American and Russian brinkmanship nearly led us to a war of unimaginable magnitude. Indeed, the stakes could not have been higher. Unlike the intervention in Libya, conflict in Syria would have undoubtedly dragged several regional players into what, to all intents and purposes, could have been the Third World War. With an ascendant Russia once more stretching its muscles, this was the first major bi-polar conflict since the end of the Cold War, and perhaps the closest brush with global Holocaust since the Cuban Missile Crisis. If it seemed like a tragedy back then, this time around, it’s a farce.

The probability of full-scale conflict fading for the moment, we should spare a thought for other areas of systemic risk around is. The global economic system has teetered precariously on the edge since the near-total collapse of the banking system in 2008. Any slight improvements on paper has been ever more weight loaded on the backs of poor, working people, walking dangerously across the ever-sagging tightrope of our high-strung neoliberal system. Inequality has reached obscene levels, high frequency trading continues unabated as trillions of dollars of speculative financial transactions are made every day. The ongoing shutdown of the US government acts as the backdrop to the looming threat of default, setting the stage for the mother of all market crashes.

As well as the ever-looming collapse of Western living standards, we also have to contend with climatic catastrophes of growing intensity and increasing regularity. Back in May, the symbolic threshold of 400ppm of atmospheric carbon dioxide was passed, Arctic Sea ice will soon be but a memory, and as the recent UN report has made clear with near-unanimous consensus, man-made climate change is fast leading us to a future of ever more destructive storms, global harvest failures and pandemic water insecurity. Joseph could not have seen it all clearer in the dreams of the Pharoah.

If the thought of ecological breakdown on the horizon was not enough, then perhaps you need to be reminded of the ever-present threat of nightfall posed by the crisis at Fukushima. We can learn much from this catastrophe, for what has been the response of those living in the fall-out zone? In the shadow of a calamity, life is proceeding almost normally. What, a few decades ago, might have resulted in the mass evacuation of nearby population centres, has been responded, not with a whimper, but a shrug. For the citizens of Tokyo, the presence of poison has become an unavoidable fact of life, and they have simply learnt to accommodate themselves to it, as the second nature they have to inhabit.

What is so symptomatic about the Japanese response to Fukushima? One can interpret their response as a brave attempt at restoring normality in the midst of uncertainty and potential chaos. Or rather, are the Japanese embodying the oft-repeated quote of the end of the world being easier to imagine than the end of Capitalism? Is nuclear contamination of the air, soil and water not enough to lure such apathetic folk away from the society of the spectacle?

Lately it has been fashionable to comment on the apathy endemic amongst British students. The argument runs that, with no viable alternatives to this rotten, decaying Capitalist system on offer, students turn their dormant activist energies to one of the plethora of banal single-issue causes. We all know how bad things are, but we also know how impotent we are, facing such crushing realities. However, it is precisely at the moment when we distance ourselves, ironically, from the world, that ideology has its strongest grip on us, creating a feedback loop between powerlessness and inaction. Caught in a spiral of insufferably cynical navel-gazing, the thought of a resurrected mass student movement fighting for a better world is frankly laughable. Such brutal honesty is needed, for, as Marx put it, “the humiliation must be increased by making it public; the people must be put in terror of themselves in order to give them courage.”

If we are to learn anything from university, it must be to critique every aspect of this world in which we live. From Cairo to Quebec, from Santiago to Sussex, from Paris to La Paz, students and young people have been at the forefront of progressive voices against neoliberal hegemony, which stands for economic exploitation, environmental degradation and war.

Thousands of new students are arriving this week to start their lives at university, perhaps with dreams of a bright future in mind. Scurrying from football practice to tutorials, with a merry jaunt to Bridge, satisfying every little pleasure along the way; we all look forward to that moment when, after years of study and examinations, we set off on our careers and enjoy a fruitful, prosperous life. But the light we might make out at the end of the tunnel is just an oncoming train, as these dreams are fast turning into nightmares.

What next for the institutionally racist Union? 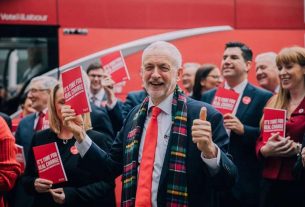